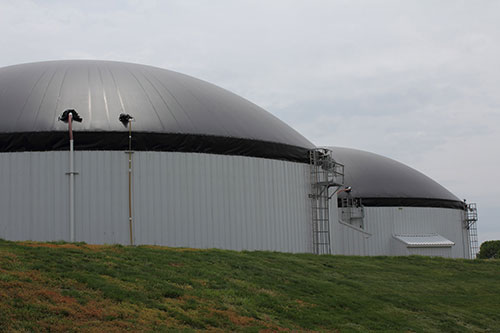 According to some of the literature on this that I've read, the biggest problem is that the local electric company didn't want to allow them to attach to the grid and put in a bunch of requirements that were either impossible to achieve or were not cost effective. Then there is the problem that running a digester requires a lot of attention, a certain amount of expertise, and almost certainly at least one full-time employee.