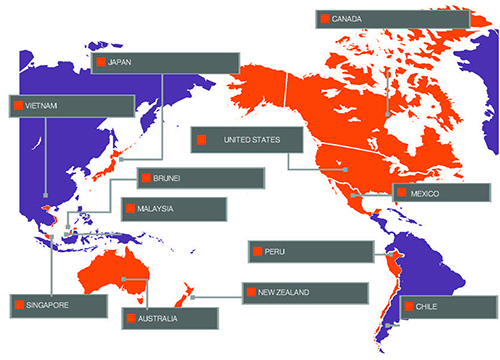 One more thing that should be mentioned in addition to tariffs, the majority of which have already been eliminated under previous trade agreements. That is an independent court run by international corporations will now decide on whether countries can put in rules that damage the corporate bottom lines.

An example would be if some corporation felt that government subsidies to dairy producers gave them an unfair advantage that reduced the corporation's income, and that would be all it takes to eliminate government subsidies. School lunches may no longer be used to buy excess milk. Cheese and powdered milk distribution to elderly and impoverished people will be gone.

In this scenario, the U.S. government would have to buy from foreign producers on the same basis that they buy from American producers. Similar things have already happened in other industries.
- Daniel K. Miller, Texas