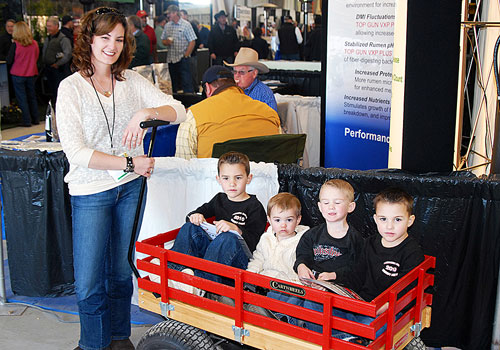 Sooner or later, "Will the farm go on after me?" is a question that most dairy producers ask themselves.

The answer can be complicated, said estate attorney Dan Rupar in his seminar at this year's World Dairy Expo in Madison, Wis. Some of its key takeaways were: no one lives forever, farm transitions are never easy, planning is crucial, success usually hinges upon honest conversation by all family members, and start the process early.

There are a few key statistics that emphasize why farm succession planning is so important:
"You're probably looking at a 10- to 15-year process," he explained, "with the first 10 years basically being a test period to see if and how the plan works. By age 55, you should be pretty actively engaged in at least thinking about what kind of succession plan you want."

He emphasized that succession planning is never easy and communication is often the biggest single obstacle.

Rupar strongly encourages family meetings. "One family I worked with, instead of calling them family meetings that some members maybe didn't want to attend, called them 'family dream times.' They got together every two weeks and just talked about the future. It made it easier for people to attend and it took some formality out of it."

He emphasized that respect and communication are what all generations want. "Younger members want to be heard and have input, while older members want to be appreciated for their experience and wisdom. I read somewhere that an exiting farmer sometimes feels like a culled cow, but they want to feel like they are still bringing value to the succeeding generation," he added.

Rupar also suggests making a "family love letter" part of an estate plan that describes what was done and why. "If kids are being treated differently it's important to leave some description of why you did that," he said.
"Keep in mind that it is a family farm. You farm for a lifetime, but a family is forever."