It’s like milk price déjà vu all over again

By Mark Stephenson, Center for Dairy Profitability, UW-Madison
The author is director of Dairy Policy Analysis, University of Wisconsin-Madison.

As we head into 2016, I can't help but focus on dairy exports. I think international sales will play a key role in 2016's milk prices. Even though exports have been a bright spot for the U.S. dairy industry, there are a few troubling signs on the horizon.

In about 2004, the U.S. began exporting more dairy products than we imported - both of which were roughly 4 percent of our total milk production in that era. Several events favored exports at the time: World prices of dairy products had been rising because of changes in the European Union's agricultural policies, China was emerging as a new and serious buyer of dairy products, Oceania was just a year past one of their worst droughts, and the U.S. dollar was relatively weak.

Prices began to align
A consequence of being a major world exporter is that our farm milk price must be pretty close to our competitors. By 2007, the U.S. farm gate price was on par with New Zealand, the European Union and Australia. Since then, our prices have mostly moved together - at least until 2015.

This situation unfolded because the world dairy market had witnessed some troubling events. China has been the largest importer of dairy products for several years. Late in 2013 and through the first half of 2014 the world's largest dairy importer had expanded their purchases significantly. By the second half of 2014, they had stepped back from the market and their 2015 purchases look much more like the levels in 2013.

The second-largest buyer of dairy products had been Russia. But sanctions imposed on them have crippled their economy, and Russia retaliated by banning imports from most European countries (formerly their largest supplier), the U.S. and other countries supporting those sanctions. As a result, Russia's imports have declined to extremely low levels.

On the supply side, a few countries of the European Union have celebrated the cessation of quota with significant gains in production despite a two-year decline in milk prices. Between smaller demand and growing supplies, the world finds itself with more dairy products than it needs, and it will take some time to work the inventories down.

Slowing U.S. sales
Burdensome world stocks have had an impact on U.S. export sales. You can see in the figure that our exports have declined significantly for more than a year. The last time we had a decline of this magnitude (2008) resulted in our 2009 milk prices. We've had quite a drop from the high prices in 2014, but it hasn't been as large of a decline as we saw in 2009.

In 2009, the world was mired in a global recession. When the world's dairy importers were not ready to buy as much dairy product, about 2 percent more of our milk production stayed in the U.S. and had to find a domestic sale instead of an overseas buyer (see figure). Those sales took place at very low prices in what was an already depressed U.S. economy.

In 2015, the loss of export sales has found a degree of support in U.S. markets with a domestic economy that has shown a fair amount of strength. However, I wouldn't be too complacent about our ability to absorb all of those dairy products.

Unemployment has clearly been a bright spot but wage growth has not been forthcoming for most workers. Inflation has been almost nonexistent and that has helped offset some of the loss in buying power from wage stagnation. However, consumers are becoming pessimistic about our future.

The Consumer Confidence Survey is based on consumers' perceptions of current business and employment conditions, as well as their expectations for the next six months regarding business conditions, employment and income. The index is a combination of the present situation and the expectations indices.

Next year's forecast
If our domestic consumption won't support the loss of export sales, then our milk prices will have to fall toward our export competitors. Cheese stocks have been building and butter stocks are higher than they were last year. Our butter prices have been well above the world market levels, and we are beginning to see imports of butter into this country. I think that both cheese and butter prices will be challenged to stay at current levels.

Our skim milk powder and dry whey prices are competitive in world markets, but they are at much lower levels than cheese and butter prices have been. The futures markets currently reflect some optimism relative to 2015 Class III and IV prices. However, I am concerned that they may be overly confident.

I am forecasting fairly stable prices through the first half of 2016 with the possibility of some recovery in the second half. I don't think that prices will rebound in a dramatic way but there could be support. My own forecast is for the 2016 All-Milk price to be up by no more than 80 cents on average, and I think there is the possibility of more downside risk than upside potential. All in all, 2016 could feel a lot like 2015.


This article appears on page 759 of the December 2015 issue of Hoard's Dairyman. 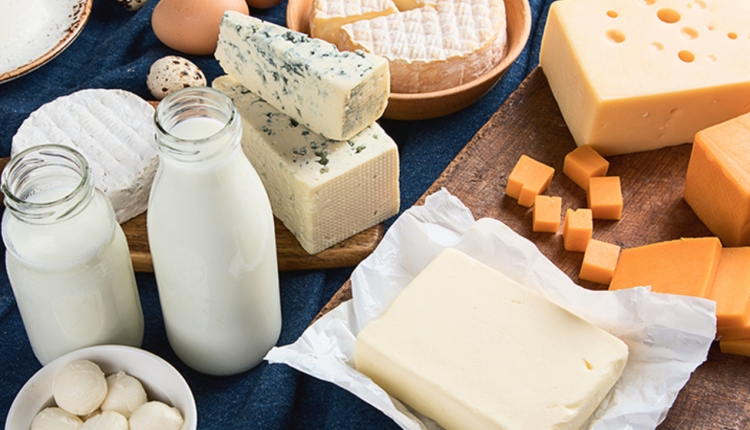 Hoard's Dairyman Intel - Thursday
Have we seen the last of negative PPDs?