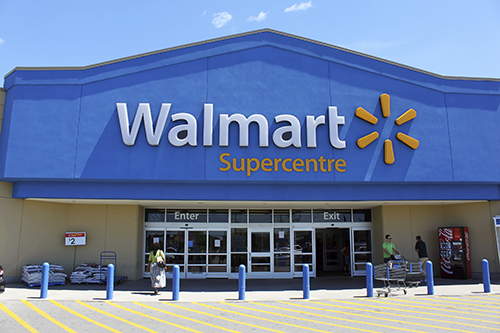 Walmart is ready to try its hand at processing milk. The convenience store chain recently announced plans to build its own milk processing plant in Fort Wayne, Ind.

Once completed, the 250,000-square-foot plant will be one of the largest milk processing facilities in the country. It will produce Great Value and Member's Mark branded milk, in white and chocolate, for more than 600 Walmart and Sam's Club stores in Indiana, Illinois, Kentucky, Michigan and Ohio.

Production is expected to begin in the summer of 2017. The facility will employ more than 200 people, from milk processing to transportation.

The Indiana State Department of Agriculture's (ISDA) 2015 dairy strategy included a desire to grow dairy in the state by upping the volume of dairy processing and creating market opportunity for expanded production. This new Walmart plant would help meet that processing goal, but what does it mean for the dairy industry as a whole?

When asked how the new Walmart plant will affect DFA, Smith said, "It will impact us. We sell to everyone (including Walmart) . . . that milk will have to go somewhere else."

He went on to say, "From a broader standpoint, if Walmart is going to get vertically integrated, it's going to put pressure on the whole Class I fluid milk industry. The pie is going to get smaller because Walmart's piece is not going to be part of the equation. You are going to have people fighting for a piece of the smaller pie."

Still, Smith saw some benefits to the recent announcement. "On the other hand, their investment in dairy is great because there is too much milk. There is surplus milk in Michigan and parts of Indiana and Ohio. The plant is going in where we have a lot of milk," he explained.

Smith added, "If they are going to take a vested stake in dairy, that could be a good thing. If they're showing an interest in milk . . . that could be good for everybody."