There’s nothing equal when raising heifers

The first two articles in our UW-Extension "Real Heifers…Real Herds" series highlighted the data collected by 21 county-based extension agents on 49 Wisconsin operations. As part of the field survey, our group looked at the specific effect of operation type on calf and heifer raising costs. We looked at those utilizing: a tie stall barn as the milking center (tie stall), a parlor as the milking center (free stall), and custom calf/heifer growers (custom grower). These three groups were further divided into calf and heifer enterprises.

One of the major reasons for investigating raising costs of dairy replacements was to demonstrate variability among different systems. The cost to raise a dairy replacement from birth to freshening ranged from $1,595 to $2,935, averaging $2,149 per heifer. This is a 58 percent jump from 1998.

Figure 1 illustrates the daily calf raising costs by operation. Please note these costs did not include the initial $500 value assigned to each calf. Feed cost included liquid feed, starter, and forage. Variable cost (excluding feed) included bedding, veterinary, death loss, and interest. Fixed cost included calf housing and equipment. Labor and management, including paid and unpaid, were established at $12 and $20 per hour, respectively.

The second highest cost center across all operations for raising calves was feed cost, making up 34 percent. Calf feed costs averaged $1.83 per day for all operations. Of the 40 farms surveyed, 36 utilized milk replacer as the liquid feed. The remaining four farms utilized pasteurized waste milk at $3 per hundredweight.

Custom growers have lower feed costs since they were able to wean the calf at 6.4 weeks of age and had the calf on feed for fewer days (56.9 days). Because custom calf growers weaned calves earlier, some liquid feed savings were offset by additional calf starter costs. Other feed cost savings may have included purchasing milk replacer in volume and utilizing pasteurized waste milk.

Average weaning age for all operations we surveyed was 7 weeks of age; tie stalls had the oldest weaning age at 7.5 weeks. Free stall and custom calf growers had similar weaning ages of approximately 6.8 and 6.4 weeks, respectively.

Despite differences in veterinary costs, we did not observe large difference in death loss. The average death loss reported for tie stall, free stall, and custom calf growers was 2.8 percent, 2.9 percent, and 1.8 percent, respectively. These percentages represented the death loss of live calves and did not represent any calf losses during the first 24 hours of life.

In our survey, custom heifer growers grew heifers faster, freshening them at an average of 23 months of age. Both dairy operations freshened heifers at an average age of 24 months. In regard to heifer-raising costs, the other three areas were essentially the same. 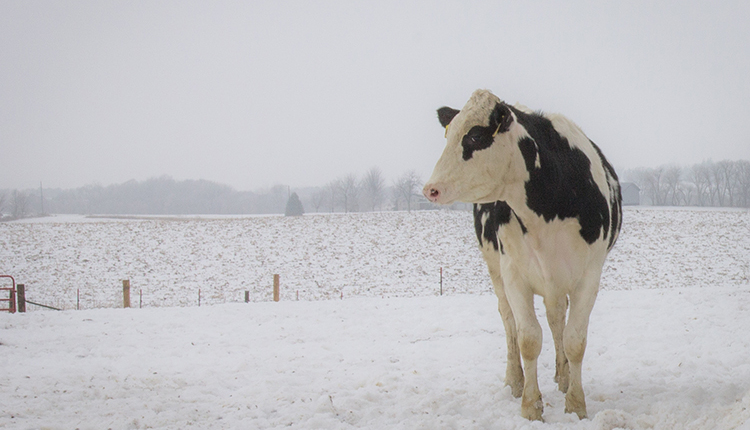 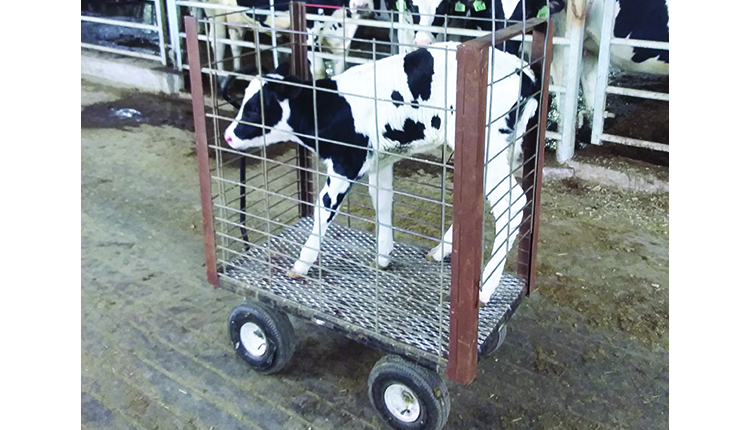 An easy ride to the calf barn
Handy Hints 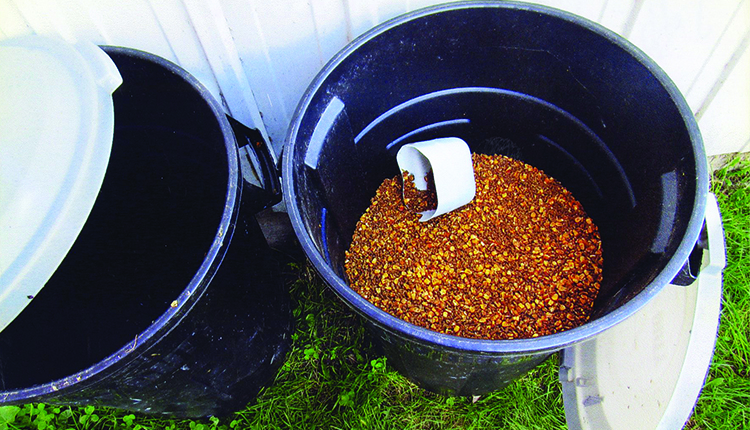