Silly WHO, milk is for kids 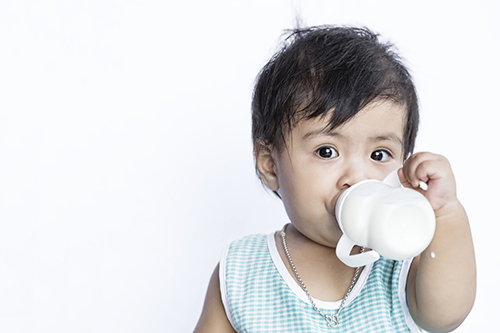 Milk has long been considered an important part of the young child's diet, but if the World Health Organization (WHO) gets its way, that could soon change.

Earlier this year, WHO issued a document titled "Guidance on ending the inappropriate promotion of foods for infants and young children." In that proposal, the organization urges that breast milk substitutes, including milk and certain other dairy products, should not be promoted as part of a healthy diet for children under the age of 3.

Two dairy industry groups, the National Milk Producers Federation (NMPF) and the International Dairy Foods Association (IDFA), are not happy with this recommendation, which would not only affect American families but also children around the world.

NMPF and IDFA submitted a letter to members of Congress, asking that the United States request a more thorough impact analysis of the WHO's proposal. Even though the proposal was updated in late March, it still contains guidelines that counter the science that proves milk's unique nutritional attributes for both brain and body development in children.

The American Academy of Pediatrics and the American Heart Association both recommend that children begin consuming milk at 1 year of age. Yet, the WHO proposal would place significant restrictions on the promotion and marketing of certain milk products, including fluid milk, for young children up to 3 years of age.

Time is running short to stop this proposal that would impact the dairy industry and, more importantly, the health of children around the globe. If all goes as planned, the WHO intends to adopt these new guidelines at its annual meeting next month. If you are curious, a draft of the document can be viewed here.