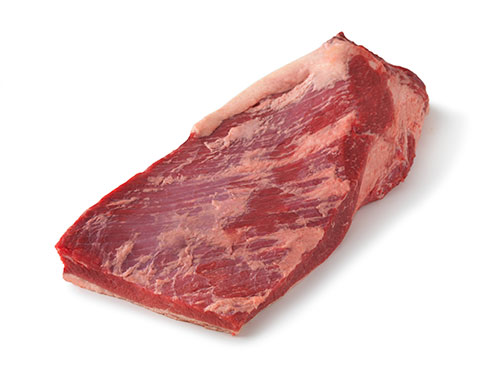 Since the turn of the century, India's beef exports have expanded rapidly. With that growth, the South Asian country surpassed Brazil to become the world's largest exporter of beef in 2014.

While we tend to think of beef cattle or cull dairy cows when we think of beef, in India, this growth in exports comes from water buffalo meat, also known as carabeef.

A report recently released by the USDA titled "Where the buffalo roam: India's beef exports," shared three main factors for India's rise as a major beef exporter. The first is a strong global demand for beef, especially in developing countries that prefer the relatively lower cost water buffalo meat.

Another factor is that the buffalo herd has previously been underutilized as a beef source. This is mainly due to low domestic consumer preference for beef in general.

The third reason is the more recent development of private, export-oriented slaughter and packing facilities in several Indian states. While Indian exports of beef from other cattle are banned for religious reasons, buffalo do not hold the same religious significance to most people and, therefore, their slaughter and export remains legal.

How does this export surge affect the United States, another major beef exporter? According to the report, it has a relatively small impact, at least for now, since India's top markets are much different than those of the United States. Among the top 25 beef export markets for both countries, only five overlap (Vietnam, Egypt, Philippines, United Arab Emirates (UAE), and Kuwait). 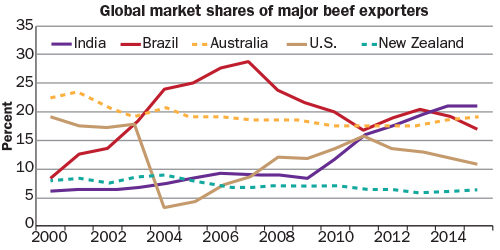 Most of the higher quality, higher priced American beef exports go to more developed countries, such as Japan, Canada, Hong Kong, South Korea, and Mexico. In contrast, the largest share of India's exports head to Southeast Asia, followed by the Middle East and North Africa.

India is home to the world's largest concentration of water buffalo, about 56 percent of the global population. Female water buffalo are highly valued for dairy because of the butterfat content of their milk, but males are much less appreciated. However, with these growing export markets, more male and female water buffalo may be destined for slaughter if demand continues. 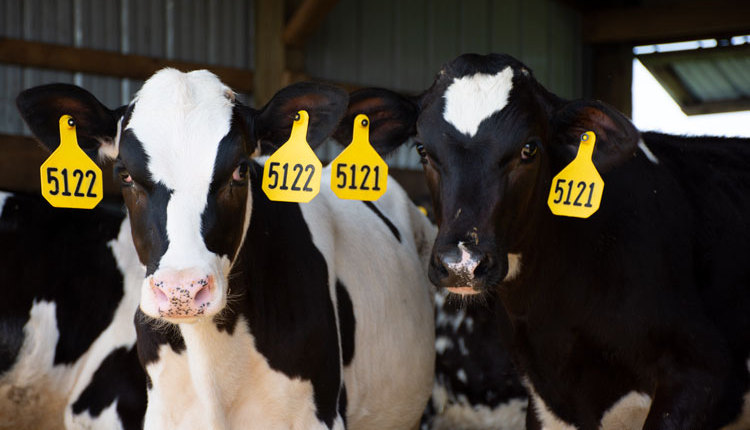