A case of distracted eating 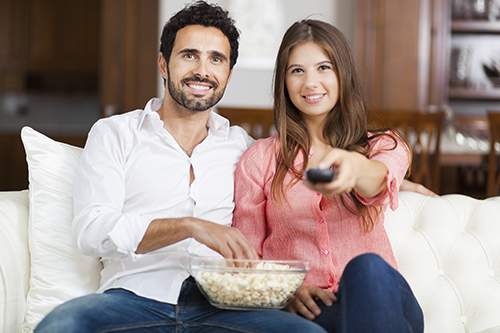 Eating is a big part of our lives. Food is central to many social events; it brings us comfort; and most importantly, food provides the nutrients we need to survive.

Despite all that food brings to the table, it doesn't always get our full attention. A new report released by USDA last month showed that, for the 80 minutes a day the average American spends consuming food, eating is considered a secondary activity about one-fifth of that time.

In "American Eating Patterns and Time Spent on Food: The 2014 Eating and Health Module Data," it was reported that Americans age 15 and older spent 64 minutes eating or drinking as a "primary activity." That was down 3 minutes per day from when the survey was last completed in 2008.

Meanwhile, the amount of time people spent eating as a secondary activity remained consistent at 16 minutes per day. Most secondary eating took place at home, but 22.2 percent happened at work, and 6.9 percent occurred while driving a vehicle.

Watching television or movies was the top activity that accompanied secondary eating, coming in at 24.3 percent. That was followed by working, which coincided with eating 22.6 percent of the time. Socializing with others (4.8 percent), preparing food and drink (3.3 percent), and reading (2.9 percent) were the other top activities that accompanied eating.

In all, 53 percent of people surveyed engaged in secondary eating. More women (57 percent) than men (49 percent) reported eating while doing other activities.

The risk of "distracted eating" is less attention on the type of food being consumed and a higher likelihood of overeating. As one example, the USDA survey revealed that two-thirds of Americans reported drinking beverages other than water while doing another activity. Soda was the main choice for 41 percent of respondents. This mindless consumption of sugary beverages and snacks can, unfortunately, lead to weight gain or other health problems.

Drinking diet soda isn't necessarily the answer, either. Those in the study who consumed diet beverages actually had a higher average BMI (body mass index) than those who consumed regular soda, reported to be 29.1 versus 27.9, respectively.