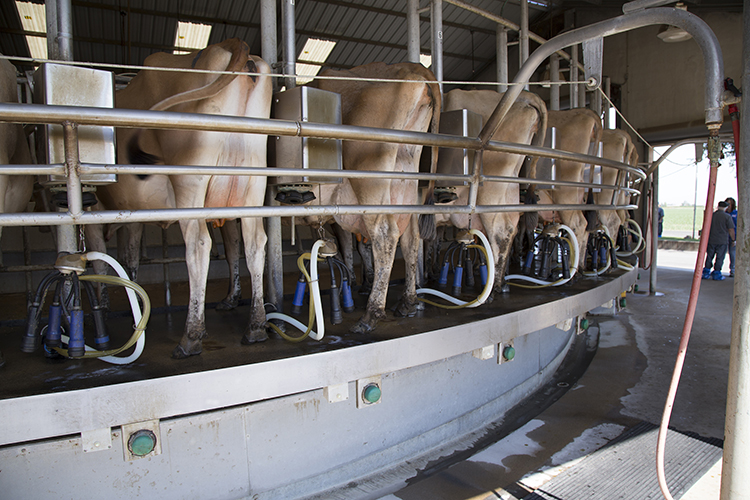 Mastitis is an infection of the udder that, unfortunately, leaves few farms behind. Looking at the recently released USDA’s “Dairy 2014: Milk Quality, Milking Procedures and Mastitis on U.S. Dairies, 2014” report, producers on nearly all operations (99.7 percent) reported having at least one case of mastitis in 2013, the year of data collection.

With each case of mastitis comes a price to pay. Producers in the survey estimated the direct cost to treat a single case of mastitis to be $42.05. This amount did not vary much across herd sizes or regions of the country.

Intramammary antimicrobials were the biggest expense, at $13.79 per case. Labor for treating mastitis was higher on larger farms, coming in at $13.92, compared to medium and small operations that spent $6.12 and $6.73, respectively. On the other hand, the cost for veterinary services was higher on small operations, at $9.21, compared to $1.45 on large operations. It was also higher in the East ($7.16) than in the West ($1.16). What this tells us is that smaller farms are more likely to call in veterinarians to help treat mastitis, while larger farms will use farm staff more often.

Other direct costs included systemic antimicrobials and other drugs. The average cost of treatment does not include indirect costs such as discarded milk or overall milk loss, which would push the losses per case of mastitis even higher.