Top A.I. bulls ranked for a number of traits 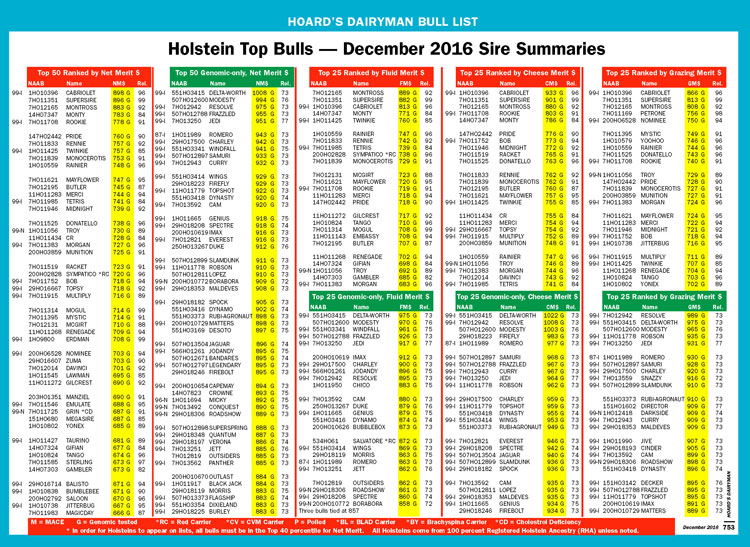 While the Hoard’s Dairyman Bull List will be available in the December issue, we are making it available to readers here as well. The Bull List can be downloaded by clicking the link.

There were 3,774 bulls declared active by A.I. marketing organizations. That was down 51 head from August, but up 150 head from the April sire summary.

Of the remaining breeds, 255 bulls were declared active, which was down 26 from August.

To makes heads or tails of all those bulls, we sorted through the top bulls and ranked them on nine different traits or indexes in the Holstein breed. In Jerseys, we ranked bulls on two traits and all other breeds on one trait.

Genomics continue to garner a larger portion of the bull rankings. Overall, 72 percent of the bulls were ranked on DNA evaluations without direct daughter data. This represents a new watermark and was up from April’s 68.5 percent.