Dairying is getting off to a better start 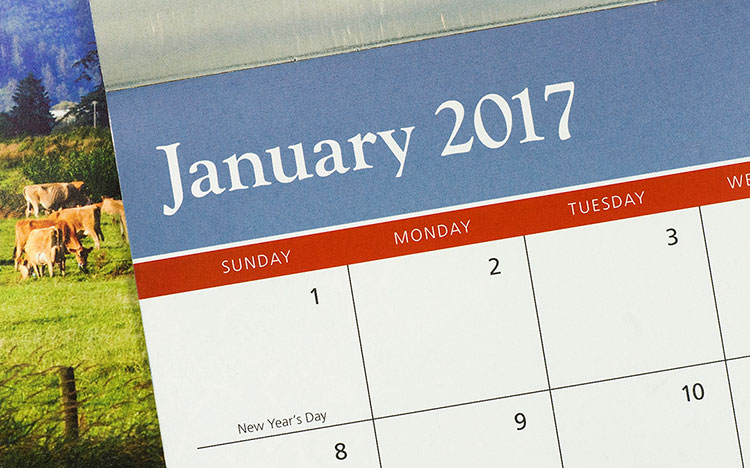 Here at the beginning of 2017, the U.S. dairy picture looks far better in two key ways compared to a year ago:

A year ago, a December Class III price of $14.44 was about to be announced. Then prices got much worse. The first six months of 2016 saw abysmal prices that averaged just $13.48.

This year, a December price of well over $17 is about to be announced. Even with an expected dip in January, Class III futures for the first 11 months of 2017 currently average about $17.50.

Although slight growth occurred in 2016 in cow numbers (about 17,000 head) and total milk production (about 2 percent), less milk in other major dairy-exporting countries is driving more buyer attention to U.S. products.

After massive production gains that began in mid-2013, output in the 28-member European Union has fallen for five months in a row. New Zealand has been down nine of the last 13 months, Australia is down all 13, and Argentina is down the last 11.

U.S. dairy exports – along with everyone else’s – were down sharply in 2015. They recovered a bit in 2016 and are projected to edge up a bit more in 2017, but will likely finish below record milk equivalent levels seen in 2014.

Lower global production is behind the upbeat outlook for U.S. milk prices, but abundant dairy product stockpiles and the strong value of the dollar, currently at a 14-year high, are preventing them from being even better.

Unfortunately, higher milk prices that are expected in 2017 will be blunted somewhat by operating costs that have risen since last year.

For instance, most banks recently raised their prime lending rates from 3.50 percent to 3.75, and two or three more increases are expected during 2017. Twenty-one states raised their minimum wages at the beginning of the new year, including almost half of the Top 15 dairy states: California, New York, Michigan, Washington, Ohio, Arizona, and Colorado.