When a cow dies, it benefits the rest of the herd to determine the cause of death. 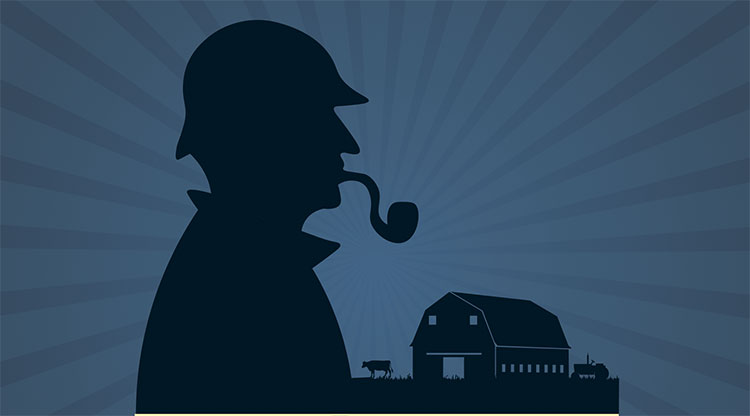 It should make a big difference to you to know why a cow died on your farm. Why? A dead cow represents a dead loss.

More importantly, cows don’t die without a reason, and that reason usually points to something that can be improved on the dairy farm. And if one cow died for that reason, there are probably other cows also at risk of bad outcomes in the future.

Therefore, when you enter a cause of death in your records, it’s worth knowing whether that information you enter helps you improve cow care in the future. To do this, you need an accurate assessment and a record keeping system that identifies manageable problems.

Getting an accurate diagnosis will require that you have a conversation with your herd veterinarian. You should discuss some of the reasons why cows die and develop a strategy to investigate death losses more carefully.

There are numerous reasons necropsy is not more commonly used. Such reasons are time and availability of your veterinarian, limited focus by producers on cause of death, and the hassle of getting a necropsy done.

Realistically, though, a necropsy is our best option for identifying the proximate cause of death. Performing a necropsy on-farm is not terribly complicated, and it yields substantial information. We have developed a website that can walk you through the process, describe the tools you need, show what normal tissues look like, and discuss disposal of carcasses. You can visit this site at on.hoards.com/CO-necropsy.

It would be ideal if all animals that die on-farm are investigated thoroughly. This ideal would be hard to achieve, though, and our research shows that it’s probably not necessary to perform a necropsy on every single death. When we have compared veterinary diagnosis with producer-attributed cause of death, producer records are only accurate about 50 percent of the time. For certain deaths, however, the producer is almost always correct. Accidents that lead to euthanasia, and cows with prolonged illness and a substantial diagnostic workup, probably do not warrant a necropsy unless there are specific lingering questions.

On the other hand, cows that die without much warning, or cases where the outcome was expected to be very different, certainly warrant a necropsy. We estimate that a producer can have a very good understanding of cow mortality on their operation with about a 50 percent necropsy rate.

Put on your thinking cap

Necropsy can define the proximate cause of death in the majority of cases. Therefore, necropsy is a critical element to the investigation of death, but we have found that this is not sufficient to make well-informed changes. Something more is needed, and this is where Sherlock Holmes steps in.

Let’s use an analogy from the popular TV show, CSI (Crime Scene Investigation). If a man is found dead in the streets from a bullet wound, we know the proximate cause of death. But if you want to prevent another such death, you would need to know more about why he was shot. It makes a big difference to know if the person was involved in another crime, simply an innocent bystander, had been involved in a fight, or cheated on his spouse.

Similarly, a necropsy might determine that a cow died from infection in the abdomen, called peritonitis. The way dairy records are commonly used, this would be listed in the record as “digestive,” but when you pull these records up later, you’d have almost no further information to distinguish it from another cause of death. It would also be hard to remember whether the cow had a preceding bowel infection leading to perforation, a ruptured uterus, a surgery that went poorly, or an abdominal wound from some type of accident.

To really understand the reason a particular cow died from a particular disease, you need more information. Was the disease identified properly? Was it treated properly? Did the cow respond as predicted? Were other disease problems also identified? Was the problem associated with a particular risk on the farm?

Asking the question “why” a problem occurred is probably more important than just identifying the problem itself. Therefore, the necropsy is a key procedure, but really understanding the cause of death requires more investigation. Just like in the CSI shows, the best time to gather this information is right after the cow is dead. Otherwise, critical information like where the cow was located, who had last seen the cow, who had treated the cow, and whether appropriate procedures were followed are all lost to memory and it becomes a “cold case.”

Capturing this information is not difficult. Most dairy producers, dairy workers, and veterinarians are good investigators and problem solvers. In our experience, there are several steps that can be taken to improve cow health and lower death losses.

The first step is to develop a mindset that death losses are important and need to be pursued. In turn, this means committing to performing more necropsies on-farm. Then, to really understand the cause of death requires a thought process to ask the question “why” that particular disease occurred.

The final step to creating useful information about cow death losses is to create a system that captures this information in a way that it can be evaluated and reviewed. We have developed a tool to capture this information and code it for the records. We will describe this tool, which we call the “Dairy Certificate of Death,” in a future article.

Find the super-shedders in your barn
By Frank Garry, D.V.M 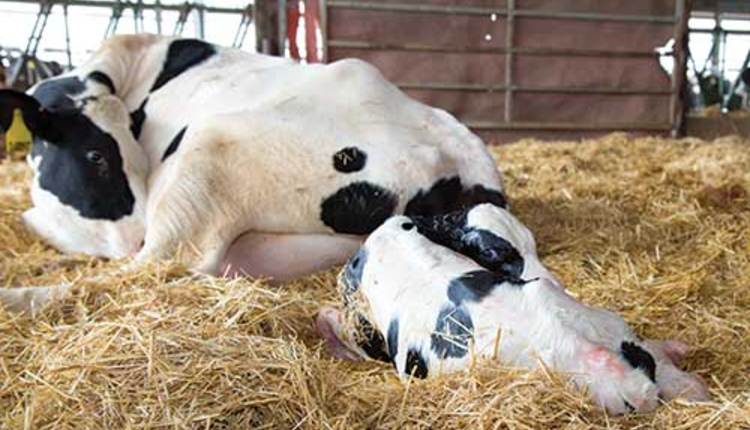