As is always the case, the key factors affecting milk prices this year will be demand and supply. On the favorable front for U.S. prices is a likely continuation of last year’s robust domestic demand for dairy products, coupled with recovering world dairy markets. Offsetting this, on the less favorable side, is growing U.S. milk production.

Let’s look at this first on a product basis.

Just four dairy products largely determine the prices U.S. dairy farmers receive for their milk due to their role in marketing order pricing formulas. Of these, butter and cheese prices are largely determined by domestic markets because they are only marginally exposed to world markets. Exports during the first 10 months of 2016 amounted to only about 1.5 percent of U.S. butter consumption and 2 percent of cheddar cheese use. Imports are similarly small.

By contrast, exports amounted to well over half of U.S. nonfat dry milk and skim milk powder use and more than 40 percent of dry whey use during the same period. These latter two products, accordingly, are effectively priced in the world market.

The situation is particularly interesting for butter. Changing attitudes toward consumption of milkfat, following long-overdue revisions to the scientific evidence about its link with cardiovascular health, have been a major development in the dairy industry. This new trend has measurably boosted milkfat consumption in many key dairy products.

For example, sales of fluid whole milk dropped at an average rate of over 2 percent annually during the 14 years prior to 2015 but have risen since then by an average of 5 percent per year. This greater milkfat consumption in fluid milk and other products has tightened the supply of cream available for churning into butter, even as per-capita consumption of butter itself has reached a 50-year high.

Supply-demand balance for milkfat has been maintained by drawing butter exports down to virtually nothing in recent years while still leaving butter prices at robust levels. This has had a profound effect on farm milk prices.

Between January 2000 and August 2015, milkfat contributed an average of just under 40 percent of the total value of milk checks. Since then, milkfat has averaged just under 60 percent of total milk check value, and the early January dairy futures indicate it will stay around 50 percent throughout 2017.

This situation has been a relatively permanent change for the U.S. dairy industry. It has enhanced butter prices, on a sustainable basis, to an even greater extent than market forces have done for other products. Along the way, it has established a new de facto support level for U.S. wholesale butter prices at roughly $2 a pound.

Cheese has experienced a similar, though more modest price reset this decade with a new de facto support level emerging for cheddar at roughly $1.50 per pound. However, cheese is more vulnerable than butter to supply-side pressures.

Domestic commercial use of American-type cheese has been growing at a fairly steady rate of about 1.5 percent per year for the past year and a half, while growth in domestic consumption of other types of cheese has been gradually trending down from higher levels throughout 2016. The key to the outlook for cheese prices this year is whether domestic consumption can keep up with the additional cheese that will inevitably be produced from growing milk production.

World prices for the major internationally-traded dairy commodities have risen by an average of about 60 percent from the troughs they fell to following the record levels of 2013 to 2014. Some analysts expect this rally to continue in 2017, but price indications from recent Global Dairy Trade trading events and settlement prices for the New Zealand dairy futures paint a more conservative picture of the further upside potential for world prices in the near future.

The domestic and world dairy price outlooks remain unfavorable for commercial U.S. butter exports, so world markets will not provide support for domestic butter prices going forward. The domestic-world price situation will also be challenging for U.S. commercial exports of American-type cheese, although somewhat less so than for butter. Export assistance from the Cooperatives Working Together (CWT) program will therefore continue to be essential this year to help keep the U.S. competitive in these two important world markets.

On the other hand, world markets should provide some additional upside for U.S. nonfat dry milk prices, perhaps even above the level of the current domestic futures. The current U.S. futures outlook is consistent with the world dry whey market situation.

At the beginning of 2017, the domestic futures indicated that the U.S. All-Milk price would average just under $19 per hundredweight during 2017. For reference, this would be about 30 cents a hundredweight less than the All-Milk price averaged during the previous five years, 2012 to 2016.

The U.S. grain futures suggested that dairy feed costs, as measured by the 2014 Farm Bill formula for the Margin Protection Program for Dairy (MPP-Dairy), would average about $1.90 per hundredweight less during 2017 than it did during the prior five years. Together, these outlooks predicted the MPP-Dairy margin would be $1.60 per hundredweight higher during 2017 compared with 2012 to 2016 and unlikely to generate any program payments. USDA’s much more bullish MPP-Dairy Decision Tool forecast, which does not break out its milk price and feed cost components, projected the 2017 margin would be $2.60 higher than during the prior five years.

With so many signs that U.S. dairy farmers’ bottom lines should look better this year than during recent years (on average), the immediate thought is what the effect will be on milk production. During 2012 to 2016, U.S. milk production grew by an average annual rate of 1.5 percent. What will another $1.50 or $2.50 to the bottom lines of U.S. dairy farmers mean for milk output in 2017?

Annual U.S. milk production growth sped up to around 2.5 percent toward the end of 2016. Most of this was due to greater productivity and very little was due to more cows, at least so far. Analysis of state growth patterns during 2016 indicates that the 10 top milk producing states, which together produced about three-quarters of U.S. milk production in November, would likely continue to expand their collective milk output in 2017 at a sustainable rate of just under 3 percent per year. Additional milk will produce more cheese, possibly at a rate that could challenge domestic cheese consumption growth.

On balance, there is probably more downside than up to the futures-based dairy price outlook at the start of 2017. However, dairy farmers are still very likely to see better bottom lines this year compared to those they averaged during the five previous ones.

This article appears on page 75 of the February 10, 2017 issue of Hoard's Dairyman.
Related

Cows aren’t to blame for most mastitis
Features 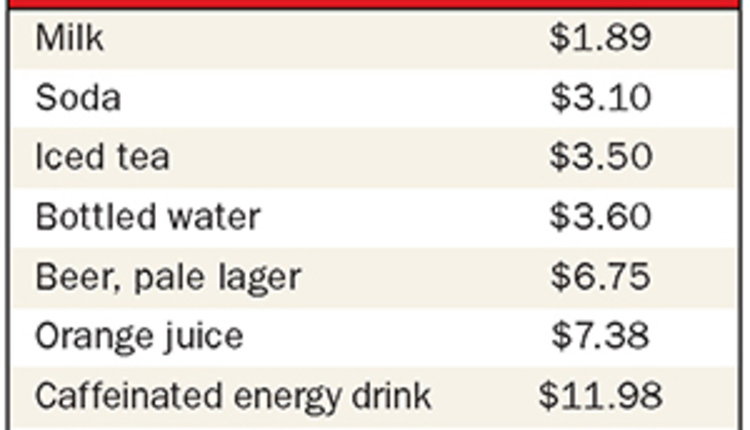 Editorial: Milk is a bargain
Features