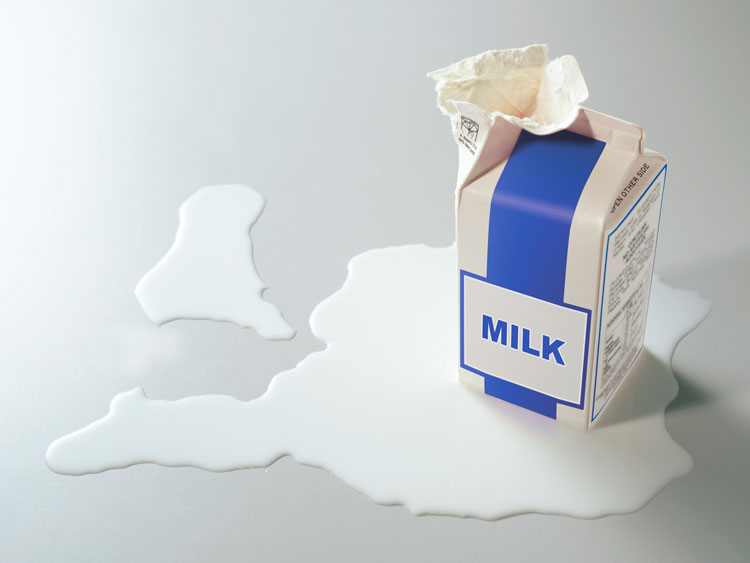 In the 40 years I have written about milk cows and dairies, I have never wanted to own either.

Three reasons why are constantly changing rules about what farmers must do and can’t do, cows that find a way to die despite all best efforts, and how fundamentally crucial it is to find and keep a reliable home for your milk.

My heart goes out to the dozens (so far) of Midwest and Northeast region milk producers who were recently told that on May 1 they will no longer have a home for their milk due to their processor’s lost market in Canada. Frankly, I won’t be surprised if the number grows as the effects of strong milk production growth spread.

Several thoughts came to mind as I watched reports of milk dumping in the region during 2016 due to insufficient processing capacity, and then the “goodbye and best of luck” notices that went out early this month:

Historically, the Midwest and Northeast have had fairly slow, gradual milk production growth rather than sudden or prolonged spikes. The West suffered through them for decades and always seemed to be a half step behind in processing capacity.

Lately, however, Midwest and Northeast production has jumped. Total Midwest output in 2016 was 8.9 billion pounds (14.9 percent) higher than in 2011. In the Northeast, it is up 2.4 billion pounds (8.4 percent) over the same period, half of which came the last two years alone.

Are they under construction now?

If not, then their milk problems are only going to get worse.

Imagine you are a processor or co-op CEO. If supply exceeds demand, and especially if the long-range outlook is for growth to continue, what would you do?

As already stated, increasing plant capacity can take years, and if expansion isn’t significant, then how long will a temporary Band-Aid last?

Expansion will also be expensive, starting in the millions of dollars for modest upgrades and going into the hundreds of millions for a new plant. Who will pay for that? If you’re a co-op member, you know the answer.

Selling excess milk to other plants, potentially many states away, is one option – if those plants have capacity and are interested in taking it, which is no sure thing. Rest assured, they are also going to want it cheap because they know you have no bargaining power whatsoever.

And don’t forget about shipping. In previous years here in the West, I’ve heard of rates of $10 or more per hundredweight for very long hauls, which is why cheap sales and long trucking can net the same amount as dumping.

Mandatory production caps for all farms have been used several times in the West, which makes everyone unhappy. Giving notice to shippers who often violate temperature or quality standards seems obvious. So is dropping independent shippers that don’t have an investment in the co-op.

I hate to say it, but producers in the Northeast and Midwest, not just those who are facing a worst-case scenario next week, may be in store for a dose of “Western Disease” that could last a lot longer than they think or want.