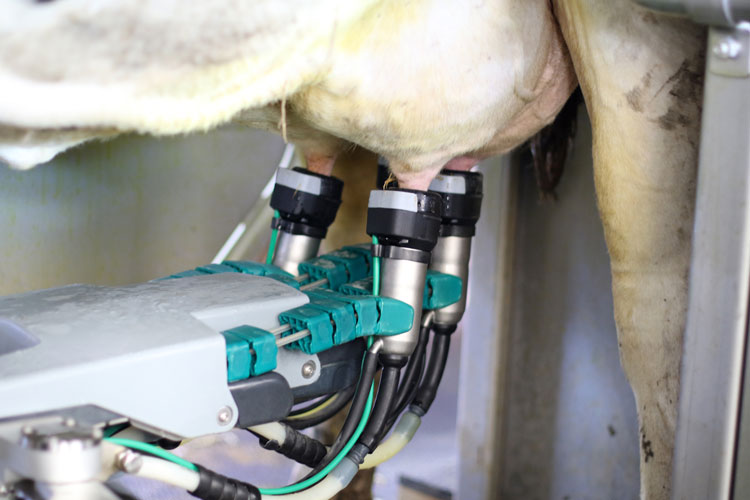 In 2000, the first pair of milking robots, known to many as Automated Milking Systems (AMS), were installed on a commercial dairy farm and have been milking cows ever since. But don’t tell the Food and Drug Administration (FDA) that fact. Even though the government agency approved the technology long ago, some of FDA’s staff have issues keeping up with the times and have dragged their feet on new rules.

On April 4, M. Michael Conaway, Chair of the House Ag Committee; Collin Peterson, Ranking Member of that committee; and four additional representatives sent a letter to Stephen Ostroff, FDA’s Acting Commissioner of Food and Drugs, asking that FDA streamline its AMS approval and rules process. If you are interested in milking cows with robots, two actions . . . or inactions . . . by FDA have left those in the dairy industry confused.

We detailed the situation surrounding butterfly values in the Hoard’s Dairyman Intel “Butterfly valves must be replaced, says PMO.”

While that was the decree from FDA, why mail letters to farmers milking cows with robots? Wouldn’t it make more sense to send that letter to manufacturers . . . especially when those valves had been previously approved?

That’s just one of the questions raised by members of the House Ag Committee. “This (valve situation) resulted in a tremendous amount of confusion around the countryside and among manufacturers,” wrote the representatives. “This could have been avoided if the FDA had first alerted the manufacturers to utilize their networks to alert producers of this needed update.”

Instead, regulators bypassed manufacturers with expertise to fix the situation and mailed letters directly to farmers.

The reason for this letter
However, that issue isn’t what caused the most recent communication with FDA. The main point of the most recent letter was a request to FDA that the agency develop consistent standards for shipping Grade A milk across all production systems, both foreign and domestic. At issue, some companies and farmers have been left waiting more than 18 months for approval to ship Grade A milk from farms using this equipment.

“Despite multiple meetings between manufacturers and frequent technical exchanges, farmers are caught in costly delays while the approval process drags on,” wrote House Representatives to FDA. “We are concerned the FDA is dragging its feet and continually changing its requirements for this next generation of technology.”

What if there are issues with the robots?

“We would like to point out that several of our major trading partners utilize this AMS technology and that milk is imported into the United States on a daily basis,” wrote the representatives. “We need our producers to have access to these tools and we need to have a partner in FDA in order to make that happen.”

Dairy may hold the key to the White House
By Corey Geiger, Managing Editor