Have we selected for environmental mastitis? 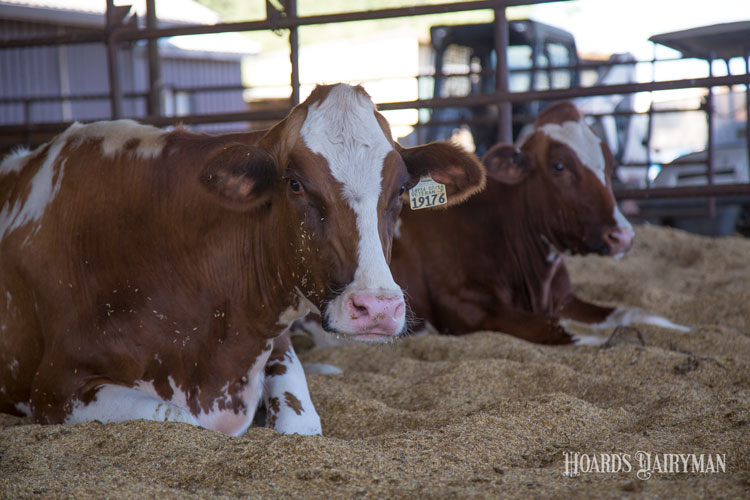 Over the course of the last few decades, dairies have waged war on mastitis pathogens and by some gauges have been hugely successful. Particularly when bulk tank somatic cell counts are evaluated, as those numbers have dropped to a very respectable national average around 200,000.

All that being said, the University of Wisconsin-Madison’s Pam Ruegg commented at the recent Four-State Dairy Nutrition and Management Conference that somatic cell counts don’t tell the whole story.

For most farms the days of struggling with contagious pathogens are over, and the new beast is in town in the form of environmental pathogens. The National Animal Health Monitoring System shows that clinical cases have risen from 13 to 24 percent in the last decade.

“As we control these pathogens that live primarily in the udders of cows; as we reduce the somatic cell counts in our herds; as we change and intensify our herd management; and as we’ve selected for fast milking, high-yielding cows, we have inadvertently selected toward opportunistic environmental pathogens,” the veterinarian told the conference attendees.

So how does Ruegg suggest we address these dominating pathogens?

First and foremost, she said to limit exposure at the teat end both with good teat sanitation and clean bedding surfaces.

“Factors from outside of the parlor really affect the jobs of those in the parlor,” she explained.

And that’s why she left the group with these take-homes.

1. Minimize risk by providing sufficient, dry resting areas. She recommended 100 square feet per cow in loose housing and less than 15 percent overstocking in freestalls.
2. Give them dry bedding.
3. Protect the most vulnerable cows, particularly those calving.