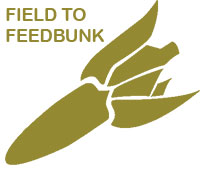 Starch leads a storied life on the modern dairy farm. It begins in the cornfields where sunlight converts water and carbon dioxide to sugars, and these sugars are stored as starch in the grain. Cows, being ruminant animals, have the unique ability to use both cellulose (fiber) and starch (grain) as energy sources.

The challenge facing dairy farmers is how to maximize energy in the diet while at the same time minimizing starch or grain cost. To reduce starch costs, high starch digestibility is critical.

The study of starch in corn and dairy diets is not new, but recent promotion of “floury” corn silage hybrids has created confusion in the market. What are the right questions to ask when faced with claims about higher starch digestibility from corn hybrids with “floury” starch-type kernels? Are claims being made which, in fact, try to solve a problem that doesn’t exist?

What is the difference between corn kernels with floury versus hard starch?

When seed companies talk about hybrids with floury starch (also called soft or dent hybrids), they are referring to the amount of white-colored starch granules found in the corn kernel. Vitreous starch (also called hard or flinty) is the higher density, yellowish-colored starch granules found on the outer edges of a mature kernel. Vitreous starch becomes more prominent as kernels dry to moisture levels below 20 to 25 percent (postblack layer).

In both floury and vitreous corn kernels, starch granules are surrounded by proteins (prolamin or zein). The vitreous areas have more zein proteins and exhibit a much stronger bonding of starch by these zein proteins. One example of a corn hybrid with high vitreousness is popcorn. Also, many northern European corn hybrids are of the flinty type with more vitreous starch. Most North American corn hybrids are bred using dent genetics with higher floury starch content.

Where is starch digested in the cow?

Many claims about higher starch digestibility hybrids emphasize the importance of driving rumen bacterial populations. While important, ruminal digestion rates are only part of the equation. Starch digestibility hinges more on the answers to these questions: How much starch gets digested in the total digestive tract (rumen + small intestine + large intestine), and how much is associated with seed genetics versus kernel processing and storage management?

Nutritionists routinely measure fecal starch of less than 2 to 3 percent in well-managed herds. If 98 to 99 percent of the starch has been digested by the time the corn silage and grain leave the animal, it raises the question: What problem are we trying to solve?

While total tract digestion is most important, it is helpful to understand the balancing act of where starch is digested in the animal. Starch digestion in the rumen is beneficial for growing more rumen bugs that provide a protein source for the cow.

However, too much starch digested in the rumen can cause acidosis and cows might go off-feed and have low milk components. Rumen bypass starch, absorbed as glucose from the intestines, can have more than 20 percent greater caloric value to the animal compared with starch fermented in the rumen.

University studies have shown minimal differences in the amount of floury starch among dent hybrids when kernels are greater than 25 percent moisture (typical moisture for corn silage or high-moisture corn).

Vitreousness differences may occur among hybrids when harvested at kernel moisture less than 20 to 25 percent. Even these differences may be small and will vary from year-to-year based on growing conditions.

What can be done to improve starch digestibility?

Researchers have shown that the primary drivers of high starch digestibility of corn silage, high-moisture corn, or dry grain includes the following.

The largest single factor in managing corn starch digestibility starts in the field at harvest time by frequently monitoring kernel particle size as the crop is being put into storage. Despite a trend to market “floury” starch corn hybrids, it is still in your best interest to focus genetic choices on yield and agronomics.