Dairy beef has improved but must get better 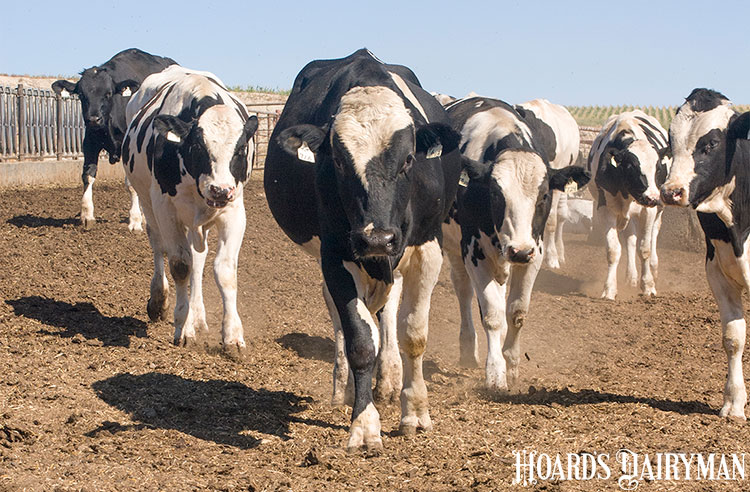 The dairy industry’s hoofprints are all over the beef market.

Holstein-type cattle, which used to be only a minor part of the beef industry, have exploded in importance in recent years.

According to the just-released 2016 National Beef Quality Audit (NBQA) commissioned by the National Cattlemen’s Beef Association, such animals accounted for 20.4 percent of all cattle in the latest survey. Holstein-type cattle accounted for just 5.5 percent in the 2011 audit.

A limited number of packing facilities in the U.S. make travel time and distance a challenge for dairy animals. The report said the mean figures were 6.7 hours and 283 miles. In addition, 64.4 percent of loads were not separated by sex, which can cause more carcass bruising.

The percentage of dairy cows arriving at plants without lameness rose significantly in 2016 compared to the last report in 2007 – 76 percent versus 51 percent. The figure for bulls dipped from 78 percent to 77 percent.

“It’s important for producers to be mindful of the advantage to culling cows before lameness is observed whenever possible,” the report pointed out.

Injection site lesions in dairy animals, a longtime concern for beef packers, continue to decline but still occur too often. Of the animals surveyed in 2016, 97.9 percent had no visible knots or swelling. But when lesions were observed, less than 45 percent were in the neck where they belong.

Bruising in cull dairy animals continues to decline in both incidence and severity, yet remains common. Both cows and bulls with critical or extreme bruising did plunge dramatically in the 2016 audit, however.

Dairy cattle continue to have a beef market disadvantage in two key areas: inadequate muscling and excess external fat. Together they accounted for 70.6 percent of the estimated $122.77 per head total lost income opportunity cited in the 2016 report. That compares to 46.2 percent and $62.46 in the 1999 report.