It’s time we recognize the impact BLV can have on a herd. 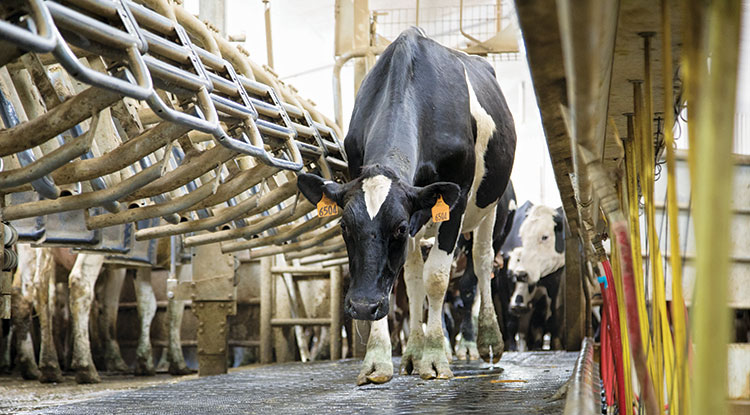 Bovine leukemia virus (BLV) is the cause of enzootic bovine leukosis, which is a noncurable, progressive disease that affects cattle in almost all U.S. dairy herds. The virus infects white blood cells and can be transmitted by transfer of blood and other fluids.

Only 1 to 5 percent of infected cattle will go on to develop tumors (lymphoma), but now evidence is emerging that BLV infection disrupts the cow’s immune system. That, in turn, may reduce the animal’s ability to respond to vaccines and fight off a multitude of opportunistic infections. Immune disruption could be the cause of the milk loss and greater chance of culling that is observed with BLV infection.

The overall prevalence of BLV in U.S. dairy cattle has risen dramatically from less than 10 percent in the 1970s. Our 2016 survey of 103 herds in 11 states found that 42 percent of our U.S. dairy cows are infected with BLV.

Is your herd getting younger?
About 95 percent of herds had at least one BLV ELISA-positive animal, and older cows were more likely to be infected than younger cows. For example, 30 percent of first-lactation cows were infected versus 59 percent of fourth or greater lactation cows. Japan, Canada, South America, China, and many other countries are reporting BLV prevalence similar to the U.S.

Cows may not peak in milk production until their fifth lactation, and the peak in annual profit may not be until their sixth lactation. Cows this old are increasingly rare on today’s dairy farms, though. Where have all the old cows gone?

According to the Council on Dairy Cattle Breeding (CDCB), U.S. dairy herds are becoming populated by younger cows. The average productive life of Holsteins is now 28.7 months, which is 7.7 months less than it was for cattle born in 1960. A herd’s average 305 mature equivalent (M.E.) milk production may look high, but cows these days are less likely to stay in the herd long enough to actually produce anything close to their mature production potential.

The lack of cow longevity is also an issue with animal welfare activists who complain that cows are wearing out after only living a fraction of their “natural” lifespan. Bovine leukemia virus may be part of the problem.
Our 2012 study showed that cows with BLV didn’t stay in the herd as long as their BLV-negative herdmates and that herds with higher BLV prevalence tended to be populated with younger cows.

BLV-positive animals were 23 percent more likely to die or be culled than their negative herdmates over a period of 20 months. Cows with the highest antibody levels (suggesting that their disease was more advanced) were 40 percent more likely to be lost. BLV may be one of many factors causing the loss of older cows, which can lead to a herd composed primarily of younger cattle.

Our 2016 survey of 103 herds found that each 10 percent increase in prevalence was associated with a 540-pound (245-kilogram) loss in rolling herd average (RHA). Studies in China and Canada have also found that BLV infection appears to reduce milk production.

Determining milk loss from BLV-herd prevalence can be complicated because there are many factors that impact milk production. For example, older cows produce more milk, but they also are more likely to have been infected with BLV for a longer period of time.

In the belief that a rough estimate was better than no estimate at all, we calculated our best approximation of what BLV was costing one of our university demonstration herds. That herd had a 62 percent BLV prevalence and a RHA of around 21,000 pounds. At that time, milk was priced at $17.10 per hundredweight. Our calculations were based largely on our 2010-2012 prospective study of almost 4,000 cows in 112 Michigan herds in which we compared BLV-infected cows to their uninfected herdmates.

We estimated that BLV was costing about $380 annually for each cow in the milking herd. The largest cost was from reduced average milk production. The greater likelihood of a BLV-positive dairy cow being culled was directly estimated, as were some other minor costs. A more detailed explanation of this analysis (along with our downloadable spreadsheet) can be found at http://blvusa.com under “Resources.”

Bovine leukemia virus was eradicated in more than 20 nations by testing for BLV antibodies and culling (or segregating) the infected cattle. However, when their eradication programs began, the overall prevalence was much lower than the current U.S. level. Take control of BLV
One idea for the U.S. would be to use management to lower prevalence before attempting test and cull programs. Unfortunately, management controls like changing needles and palpation sleeves, freezing or pasteurizing colostrum, and cleaning blood contaminated tools (dehorners, tattoo pliers, and so forth) may not be successful in all herds.

Hopefully, there will eventually be a vaccine or effective genetic selection for BLV resistance. Another approach could be to identify (for culling) the minority of cattle that are doing most of the disease spreading. We call these animals “super-shedders,” but they are currently expensive to identify. Fortunately, some new diagnostic tests are under development that should be able to economically identify these super-shedders for culling or segregation.

In order to estimate the impact BLV may be having on your herd, your first step should be to conduct a BLV Herd Profile. This profile was developed with NorthStar Cooperative and can be done via blood or milk samples submitted for ELISA testing to your DHI organization (whether or not you use routine testing). The 10 most recently fresh cows in the first, second, third, and fourth or greater lactations should be tested.

We have found that this provides a good estimate of overall prevalence and helps identify if transmission is occurring before young stock enter the milking herd. When you have your results, you can use our cost worksheet to estimate the economic impact in your herd. On our blvusa.com website, select “Resources” and then “Herd Profile.” 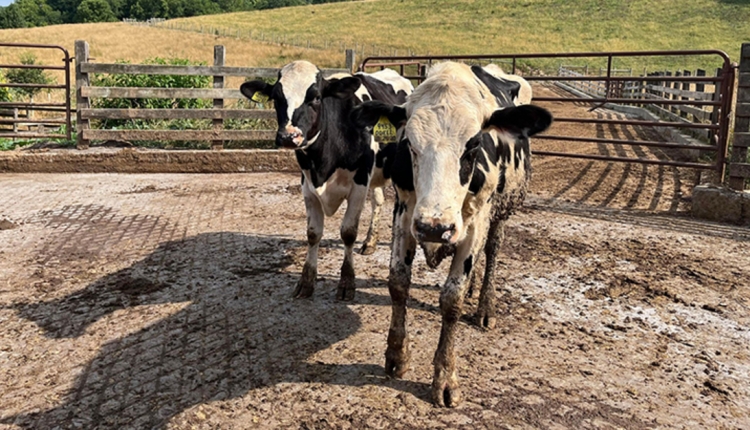 Give crops a fighting chance
Crops and Forages
Related to:
features, animal care
In Features