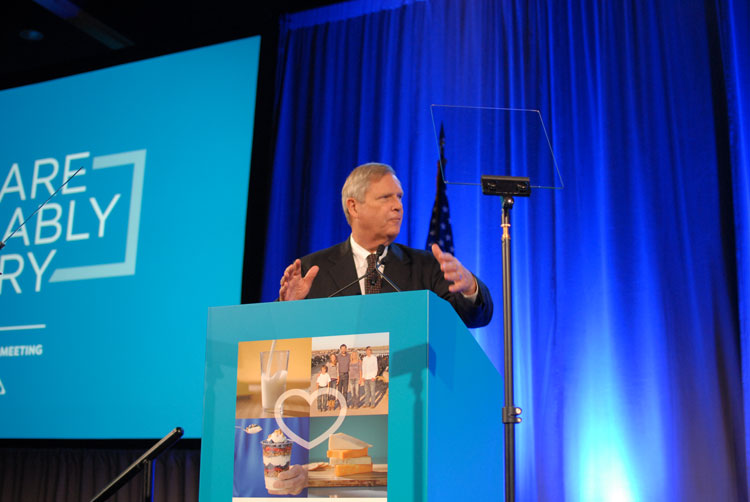 “Nearly 1 million people are employed in the United States directly because of dairy,” said former USDA Secretary Tom Vilsack. That job total includes those employed on dairy farms, those working with dairy farmers, dairy processing, trucking, and other associated sectors.

“That employment has a $206 billion economic impact on the U.S. economy,” Vilsack went on to explain to those attending the joint annual meeting of the National Milk Producers Federation, the United Dairy Industry Association, and the National Dairy Promotion and Research Board at its gathering in Anaheim, Calif., on November 1.

Of that 1 million employed figure, Vilsack estimated that 100,000 of those jobs were directly related to U.S. dairy exports. One day each week, the U.S. now exports all the milk production from its entire dairy herd.