California is still dairy dominant, but . . . 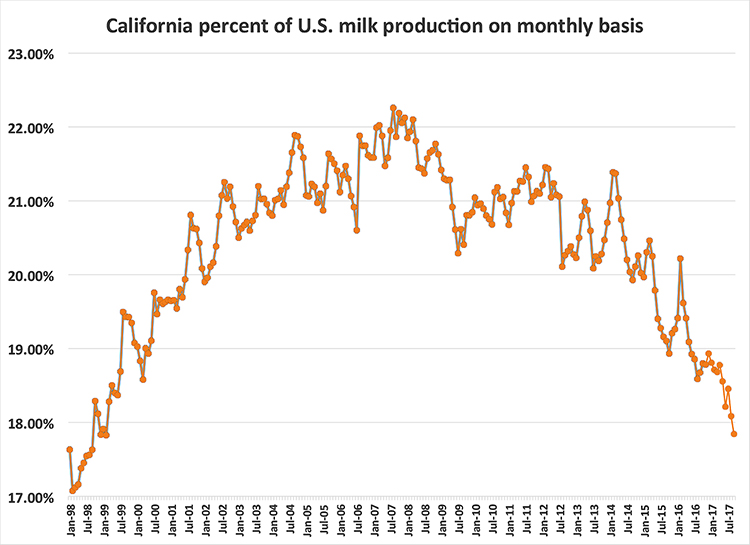 Most folks in the dairy industry are aware, at least to some extent, that California became the No. 1 milk-producing state in 1994. It took over having the most cows in 1998.

The years that followed saw the state dramatically increase its share of the nationwide totals in both categories, peaking at 21.91 percent of the milk and 19.73 percent of the cows in 2007.

Most people in the industry are also aware that California’s dominance has ebbed lately, as other regions have expanded and become more productive and California has declined in both cow numbers and total milk. While it continues to be the No. 1 state in both categories by wide margins, things are changing.

Nothing makes that point as clearly as the two graphs seen here that were created by Joel Karlin, longtime economist at Western Milling in Goshen, Calif.

Much of the decline is due to production per cow in the rest of the U.S. catching up. California had the highest state average in the country from 1993 to 1995, and it ranked fourth as recently as 2011. But it was only 12th last year and was just barely above the U.S. average. California’s total production in 2016 was actually slightly less than in 2007, but total U.S. output was up nearly 27 billion pounds. 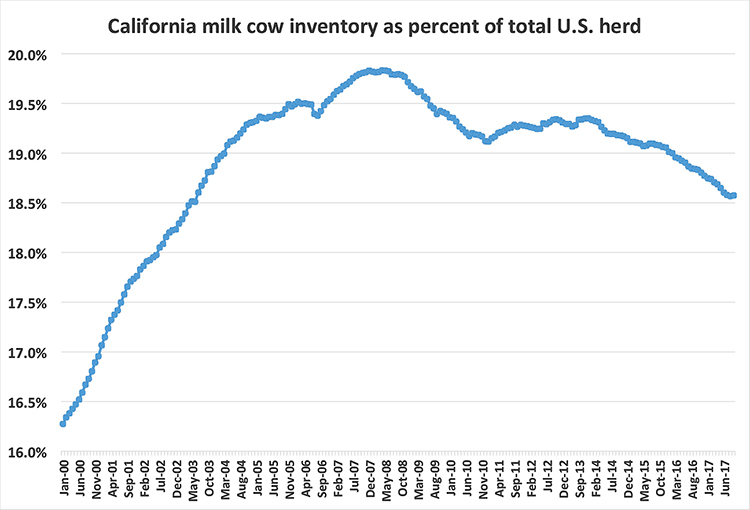 There are a myriad of contributing reasons, including drought, floods, regulations and economic woes. But Karlin believes a big one is a significant shift in the state’s dairy cow population toward more Jerseys.

“You can see that driving around; there are so many more Jersey and mixed breed herds now,” he says.