A world without food animals 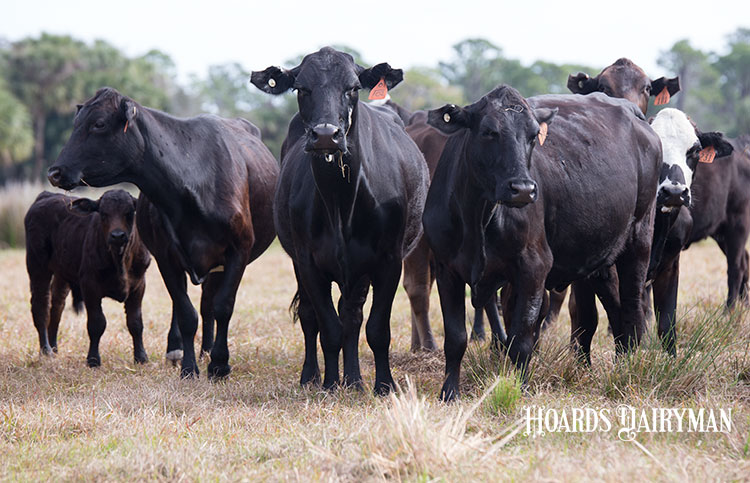 Those who are anti-animal agriculture would like us to believe a planet without livestock production would be a better place in terms of greenhouse gas emissions. But would that really be true?

Mary Beth Hall with the U.S. Dairy Forage Research Center and Robin R. White from Virginia Tech University teamed up to answer that question. The pair modeled U.S. agriculture without farmed animals and what impact that would have on quality of food supply and greenhouse gas emissions.

Since livestock have been designated as a major contributor of greenhouse gases, it leaves some people wondering why we feed animals to feed humans. The report written by Hall and White gives a few reasons why.

Nutrition: In our current food system, animal-derived products provide 24 percent of the energy; 48 percent of the protein; 23 to 100 percent of the fatty acids; and 34 to 67 percent of the essential amino acids available for human consumption in the United States. More than 50 percent of food-derived calcium, choline, riboflavin, and vitamins A, B12, and D come from animal products.

Jobs: Additionally, animal product exports have a value of $31.8 billion, which is 22 percent of the nation’s agricultural export income. In all, animal agriculture employs more than 1.6 million Americans.

More food, less nutritious: When the researchers modeled what it would look like if we removed livestock production, there was a 23 percent rise in total food available. Most of that additional food was in the form of corn grain. Without animal-derived food products, though, supplies of calcium, certain fatty acids, and vitamins A and B12 were insufficient to meet the needs of the U.S. population.

Not enough for everyone: While it is possible for individuals to consume a balanced diet with just plants, it is a challenge to meet the needs of a whole population this way, since certain crops can only be grown in specific areas. Luckily for us, animals are able to convert some energy dense, micronutrient poor crops, like grains, into micronutrient dense foods like meat, milk, and eggs.

And what about greenhouse gases?

Hall and White’s estimate attributed 49 percent of agricultural emissions to animals. By removing livestock, the model showed greenhouse gas emissions fell 28 percent. Emissions did not drop the full 49 percent, though, because of the need to synthesize fertilizers to replace animal manure, dispose of human-inedible by-product feeds that had previously been used by animals, and to grow crops on land previously grazed by animals.

If you consider that agriculture emissions account for 9 percent of total U.S. greenhouse gases, eliminating animal agriculture would lower U.S. emissions by just 2.6 percent. That small reduction comes at a steep price, which includes the loss of some nutrient-dense food to feed our U.S. citizens.

Read more on this topic in the report, “Nutritional and greenhouse gas impacts of removing animals from U.S. agriculture.”