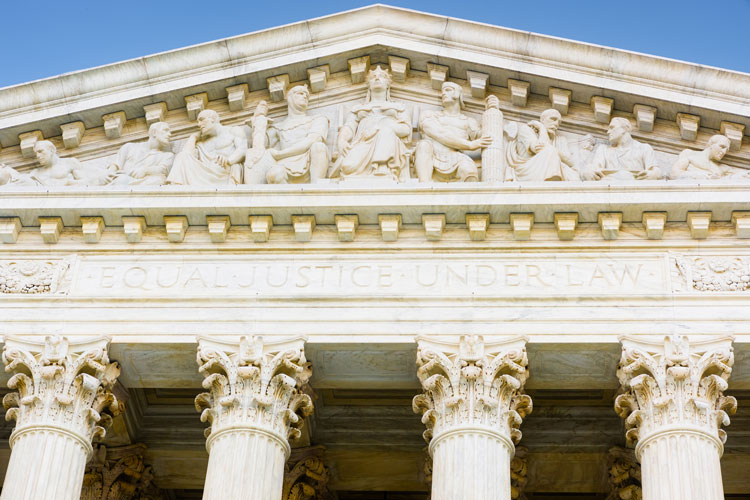 A legal battle over the Securities and Exchange Commission’s (SEC) use of administrative law judges in adjudicatory or enforcement actions during civil proceedings has called into question how administrative law judges preside over federal rulemaking. With the U.S. Supreme Court agreeing to rule on the SEC adjudicatory matter, that imminent court case has placed California’s pending Federal Milk Marketing Order in legal limbo.

That set of circumstances comes to the detriment of California dairy farmers. Had the United States Department of Agriculture (USDA) kept to its original time line, a final federal order vote would have taken place last fall . . . well before this legal wrangling ensued.

Then again, some legal experts would argue that USDA still could make a decision without learning the result of the Supreme Court case known as Lucia v. SEC. That’s because the administrative law judge acted on behalf of the USDA as a meeting facilitator. Once that administrative law judge received all the testimony and exhibits, and verified its accuracy, the rulemaking task was turned over to USDA. This is clearly a nonadjudicatory role in which USDA officials were to make a final ruling.

While its clear to nearly everyone that the administrative law judge performed no adjudicatory rule in California’s Federal Milk Marketing Order process, high-level USDA officials are taking a “Pontius Pilate” approach and washing their hands of the matter until the Supreme Court ruling occurs in Lucia v. SEC . . . which is expected in late June. That appears to be the best-case result. There could be a scenario that delays the Supreme Court decision for a full year past the current deadline.

A full start over?

There's also a scenario where the entire California Federal Milk Marketing Order process first launched in February 2015 would have to start over. That's because if the Supreme Court rules administrative law judges must be appointed by the administration like other judges, the California hearing could be moot and required to be reopened. Reopened could mean simply reading the testimony back into the record . . . or opening the entire process up for new testimony that interested parties might wish to offer.

Given these circumstances, the earliest dairy farmers could vote on USDA’s “Final Decision” involving a California order would be after the Supreme Court case in June 2018. We sincerely hope that California dairy farmers can move forward soon as they have collectively left an estimated $290 million on the table each year with current milk pricing.

There is another choice. Dairy farmers could start calling elected officials and demand that USDA take action.