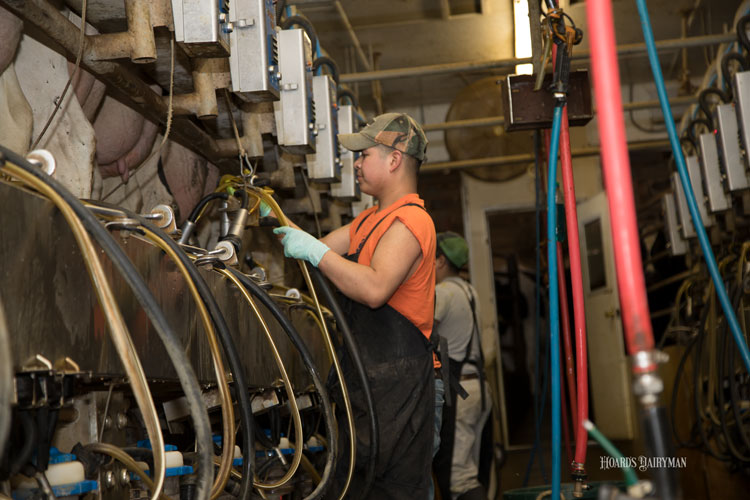 While labor efficiency rose 2.3, labor costs climbed 7.2 percent, wiping away any gains in getting more work done on a daily basis through implementing technology. That’s according to data collected by Cornell University, Cornell Extension, and its Pro-Dairy group.

However, there’s more to that story. When New York Governor Mario Cuomo signed the 2016-17 State Budget into law, that action raised the minimum wage for New York state workers. Wages rose or will rise by the following scale:

Back to the original story . . . Among those 36 farms surveyed in both 2016 and 2017, milk shipped on these operations climbed slightly more than the national average at 2.4 percent. Of that total, the gain came from a 4.7 percent growth in herd size as milk per cow among these herds was actually down 2.2 percent when comparing 2016 to 2017.

Not many farms eked out a profit in this group.

Herds in this financial dataset averaged 953 cows per farm.

To review the data, go to Dairy Farm Business Summary and Analysis Program.