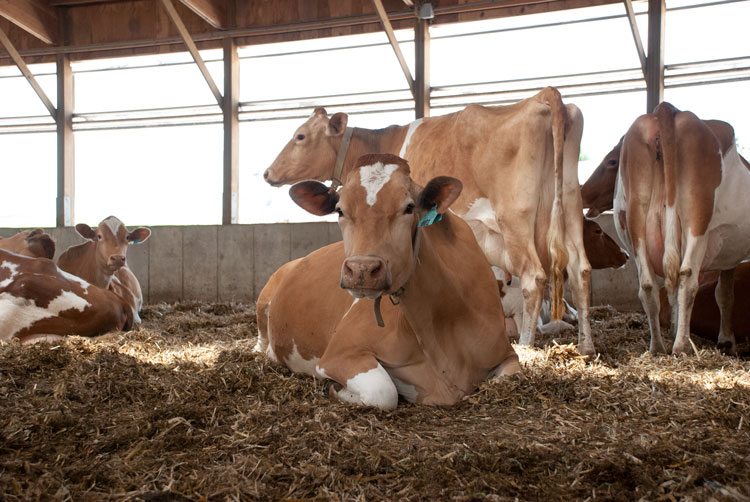 Variation of milk throughout the year has more do to with seasonal differences than heat stress, explained Penn State’s Kevin Harvatine at the Tri-State Dairy Nutrition Conference.

That statement was backed up by research he presented, which analyzed and compared seasonal milk models with temperature variation throughout the year and known circadian rhythm (biological clock) patterns. The findings showed that circadian rhythms are very regular from year to year and more nearly align with variations in seasonality of milk than those of temperature.

“To me, it’s too consistent to be caused by heat stress,” Harvatine said. “There would be more variation in this rhythm if it was actually tied to seasonal temperatures.”

The team analyzed milk records from Florida, Minnesota, Pennsylvania, and Texas, finding that milkfat and protein concentrations peaked around January 1 and bottomed out around July 1. In Florida, top fat concentration was reached in November and protein in October.

Records from the Northern states, Minnesota and Pennsylvania, had much greater amplitudes in the change of fat and protein concentration. In those records, the difference between the peak and trough for fat concentration was 0.32 percent (Pennsylvania) and 0.28 percent (Minnesota). That’s compared to 0.16 percent in Texas and 0.08 percent in Florida.

“Obviously, heat stress can have an effect on milk yield and milk composition, but it’s going to be an additional independent mechanism beyond the seasonal rhythm,” Harvatine emphasized.

He went on to explain that some variation occurs by herd depending on management, but it’s still a fairly consistent rhythm. Below are calculated variables that can be used to adjust monthly milk, fat, and protein yields and concentrations based on annual rhythms. 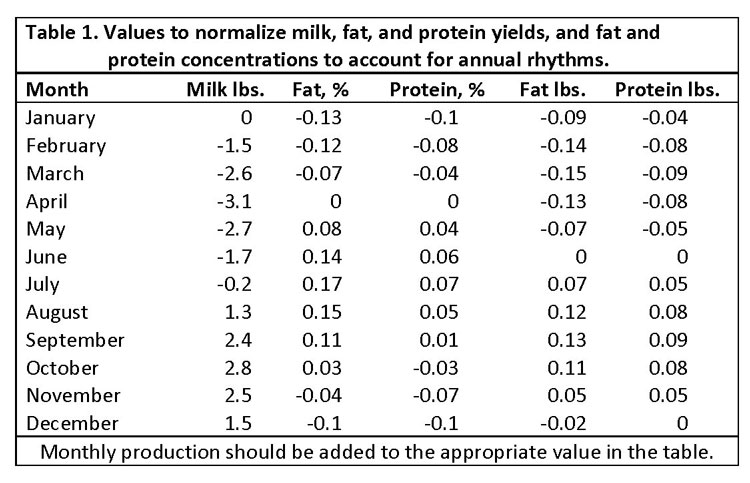 The impact of fires on Australian milk flow
By Maggie Gilles, Associate Editor