Bedding can make up for some bad air 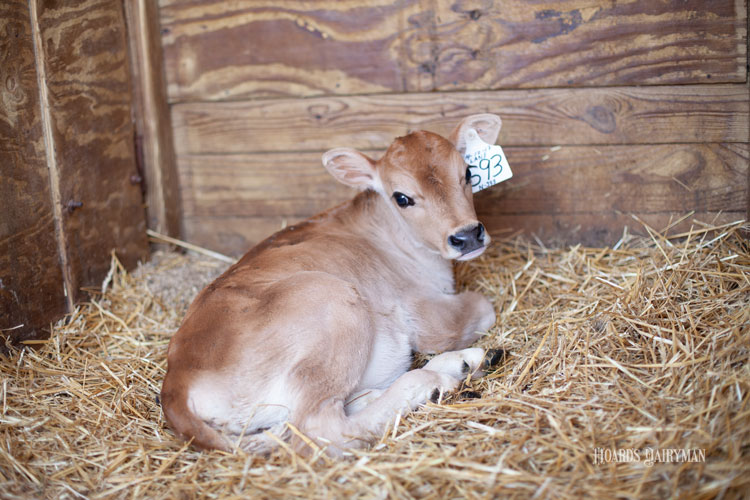 When it comes to calf housing, we often think about what’s around the animal (including pen walls and air movement), but how much consideration is given to what lies beneath the calf as bedding? This factor may be equally important, especially in cold weather.

At the Dairy Calf and Heifer Association’s annual conference held in Milwaukee, Wis., Ken Nordlund, emeritus professor with the University of Wisconsin School of Veterinary Medicine, spoke about calf housing. In particular, he focused on ventilation and research that had been done on farms by Nordlund and his colleagues.

He pointed to three factors they found to be associated with a lower risk of respiratory disease in calf barns:

2. Depth of bedding (the ability to nest)

3. Solid panel between each calf (to avoid cross-contamination)

“We talk a lot about ventilation, but in the winter, we can do as much with bedding as we can in clean air,” Nordlund said.

How do you know if you are using enough bedding?

1. If the calf is simply lying on the bedding with its hooves and hocks visible, that is a nesting score of one.

2. If a leg is partly showing, but not the hoof, that is considered a nesting score of two.

3. A nesting score of three is assigned when the lower leg can’t be seen at all, explained Nordlund.

That was the level of bedding connected with reduced respiratory disease in their study.