Two cups may do the trick 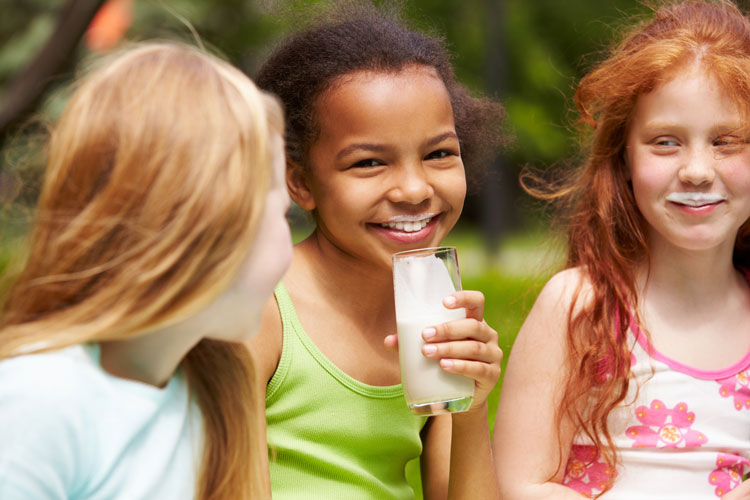 In addition to all the nutritional benefits dairy foods can offer growing children, new research has unveiled yet another positive reason to drink milk.

Researchers at The University of Texas Health Science Center at Houston found that obese children who consumed at least two servings of cow’s milk daily were more likely to have lower fasting insulin in their blood. This is an indicator of better blood sugar control and could ward off metabolic syndrome.

According to an article in ScienceDaily, metabolic syndrome is the presence of at least three conditions that elevate the risk of diabetes, heart disease, and stroke: high levels of blood sugar or triglycerides, high blood pressure, excess belly fat, and low “good” cholesterol levels.

An estimated one-third of American children and teenagers are overweight or obese, which is linked to the development of metabolic syndrome. Previous work found that milk protects adults from metabolic syndrome and disease, but this was the first to look at these factors in obese children.

The researchers studied 353 obese children between the ages of 3 and 18 over a two-year period. Specifically, they looked at fasting levels of insulin — the hormone that stabilizes blood sugar and is a biomarker for metabolic syndrome risk. Overall, children who drank less than one cup of milk daily had substantially higher levels of fasting insulin compared to those who drank at least two cups per day.

Unfortunately, this study also revealed that just one in 10 of the participants were consuming the recommended 2 to 3 servings of milk daily. Girls drank less than boys, but no differences were found between ethnicities.

That trend follows suit with USDA data, which has shown that milk consumption among adolescents has fallen by nearly half between 1977 and 2006 — down to less than one cup per day.