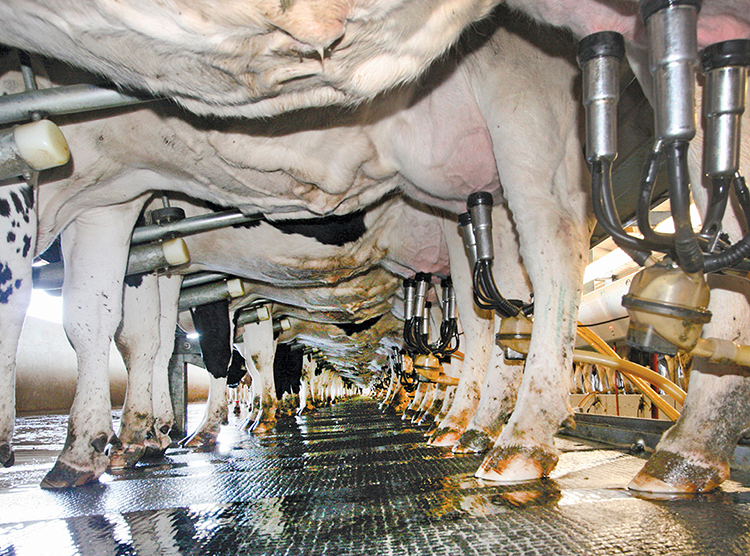 What is it that some dairies do that helps them be more profitable than others?

“The best way to control costs and boost profitability is to maximize the amount of milk that goes out of your driveway,” he said. To do so, he is adamant that dairies should focus on helping cows stay in the herd longer, because older cows typically make significantly more milk than heifers and young cows.

In fact, he said, the old and deeply entrenched industry philosophy about wanting as many heifers as possible is a terrible one to cling to.

He explained that energy-corrected milk per cow has the highest positive correlation for profitability in the 11 years of data. “This is driven by healthy cows that are genetically capable of living long enough to produce milk in the prime of their careers.”

He agreed that on average heifers are the best genetics in the herd. “But that’s wrong 25 percent of the time, because that’s the average percentage of heifers that aren’t genetically better than older cows that stay in the herd.”

By older he means cows in their third lactation and older – and the more of them that a dairy can have, the better its probability of being profitable.

He said the milking herd breakdown of the average dairy in the U.S. is 41percent heifers, 27 percent second-lactation cows, and 32 percent third-lactation and older cows.

“The importance of third- and higher-lactation cows is massive,” he emphasized. “Really good (profitability) herds have 55 percent or more older cows.”

“High involuntary culling rates translate into increased total rearing costs and high turnover costs, which point to the importance of not only taking care of your cows, but also genetically selecting for longevity.”

Are you culling for the right reasons?
HD Notebook
Related to:
Intel, dairy management
In Hoard's Dairyman Intel