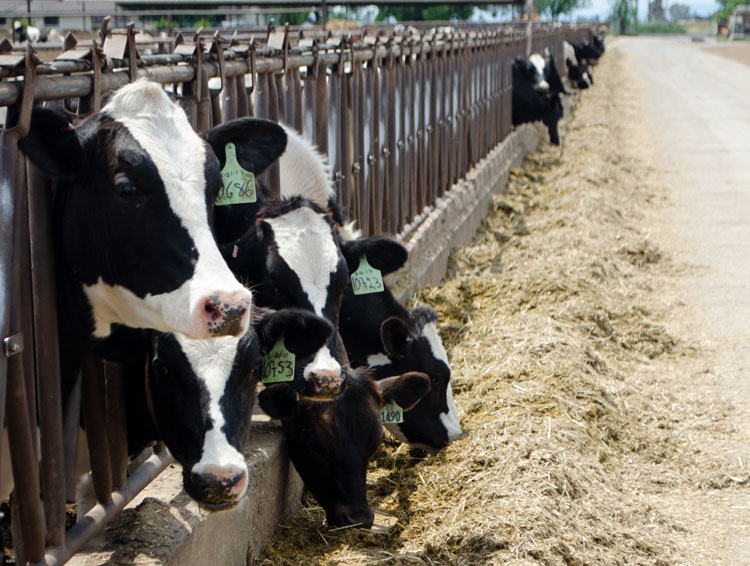 On many farms, one of the least intensively managed groups on the farm is the pregnant heifers. Rightly so, as that age group typically requires minimal handling as they are usually well-grown, pregnant, and have well-developed immune systems.

That being said, they still deserve nutritional care to maintain a healthy weight and be prepared for a seamless transition into their first lactation.

Researchers at the USDA Agricultural Research Service and the University of Wisconsin-Madison offered pregnant heifers four diets that varied in forage type in order to observe sorting behaviors in these groups and the effects of dietary sorting on growth and development of heifers.

The rations with gamagrass, wheat straw, and corn fodder all successfully limited weight gain to 2 pounds per day while providing an average of 22.1 pounds of dry matter per day.

The forages were sorted at different rates by heifers with gamagrass being the least sorted, wheat straw moderately sorted, and corn fodder heavily sorted. At 11 hours after feeding neutral detergent fiber (NDF), levels of the corn fodder and wheat straw diets began to rise as heifers sorted against the low-energy feeds.

After 24 hours, the corn fodder diet had gone up 22 percent in NDF and the wheat straw had risen 7.1 percent. Gamagrass gained 5.7 percentage units of NDF throughout feeding.

“While low-energy forages are effective in controlling weight gains, inclusion of these forages can result in aggressive efforts by heifers to sort and discriminate against these often less-desirable forages,” shared USDA Agricultural Research Service’s Wayne Coblentz in a recent Forage Focus newsletter. “Potentially, this can be a problem if small or passive animals can’t reach the feedbunk until after substantial sorting has occurred.”

Farms that have high stocking densities in their pregnant heifer pen or a wide range of heifer sizes and weights should be most cognizant of these findings. Managing and feeding for success is crucial for getting this next generation of the lactating herd off on the right foot.

The impact of fires on Australian milk flow
By Maggie Gilles, Associate Editor