When the curtain drops

The author is an agricultural writer based in Dansville, Mich. 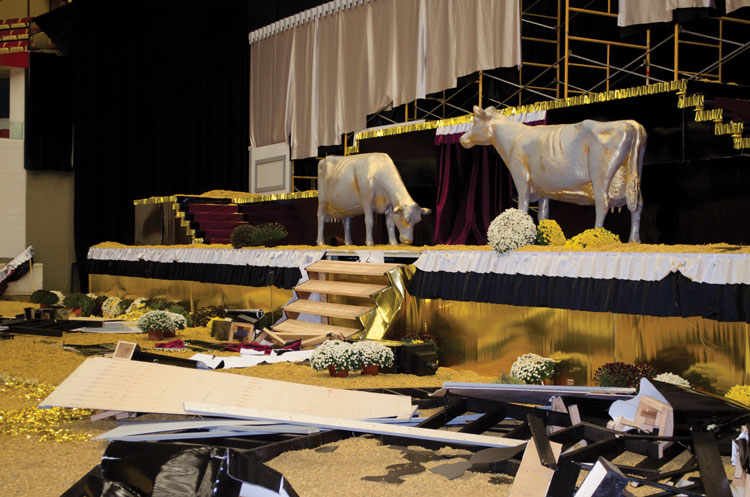 As the clock strikes five on Saturday, exhibits quickly come down. Shortly after, the grounds begin their transformation back to “normal.”

Like the morning after a college football bowl game win or a New Year’s Eve party, walking through the Expo barns on Sunday morning looks like the remnants of a great gathering with plenty of clean-up ahead. With the cattle and their owners gone, the tents once filled with competitive energy and friendly chatter now sit quiet and ready to be transformed back to normal.

There’s an old quote among scouts and campers — leave things better than the way you found them, and for the staff of World Dairy Expo, the quote rings true in the effort taken to restore the Alliant Energy Center (AEC) back to pre-Expo conditions. If you ever visit the Alliant Energy Center at any time other than the first week of October, you realize the transformation that occurs to host thousands of cows and people for a week.

Returning AEC back to the way it was found is an all-hands-on-deck organized process beginning as soon as the spotlight on the Supreme Champion is turned off. The cattle begin moving out Saturday at 5:30 p.m., and by noon on Sunday, all the stalls are empty. All trade show exhibitors are on the road by the end of the day on Monday.

Removing all the Expo equipment, displays, and materials is done by the Expo staff and a team of volunteers. Immediately following the naming of the Supreme Champion, the staff begins packing up their temporary office, lounges, volunteer areas, and any other items of value to bring back to the office in Madison.

On Sunday, the team returns to begin what Expo General Manager Scott Bentley said is one of the most tiring days of the two-week experience.

“We move from location to location tearing down signage, displays, and all materials brought in during the Expo. Once we finish with the displays and equipment, we will move to the barns,” Bentley explained. “The Badger Dairy Club also comes back to help with clean-up, which is a great commitment on their part after all the work they put in during the week. The club is instrumental during the show and after at cleanup.”

In addition to Badger Dairy Club members, all full-time Expo staff members as well as a dozen or so AEC employees work on Sunday to tear down and clean the grounds.

“Everyone is extremely tired, but they are focused on the task at hand,” Bentley shared. “It is chaotic but organized as we walk the entire 160-acre campus to gather up materials.”

In addition to the tearing down and packing of materials, the staff power washes and disinfects all feed carts, equipment, and any items being stored for the next year. The Expo staff also packs up and stores several of the displays, signage, decorations, and other items year-after-year. All these items will be cleaned, packed, and organized by the staff before going into storage for another year.

The milking parlor is also cleaned and sanitized before being closed.

The biggest cleanup task is removing the bedding and manure. In 2017, Expo was home to 2,332 head of cattle for nearly two weeks, and while the manure and waste milk is removed daily, the final cleanup process takes several days.

Expo’s 30-year partnership with Uphoff Trucking in Deerfield, Wis., has the cleanup process down to a well-tuned machine. The Uphoffs transport manure and bedding from the grounds during the week, returning at the close of Expo to clean out all the bedding packs and the barns.

“Before the Uphoff crew can load the manure and bedding, they walk all the bedding packs and remove any nonbiodegradable items like bottles, cans, and anything else left behind,” Bentley says. “It takes a great deal of time and a large crew of people to walk through all the housing areas and remove the trash.”

Bentley encourages exhibitors to not leave trash in the stalling area when they leave.

“Because the final destination for the bedding pack is a farm field, we ask exhibitors to throw trash into the garbage and not the manure pack.”

The post-Expo Uphoff crew consists of approximately 20 people, for three to four days of cleaning out the cattle housing areas. They will remove nearly 100 truckloads of manure and straw from the Expo grounds to be spread on farm fields around Madison.

“The Expo staff will be on the grounds postshow until the AEC security and on-site veterinarian give an all-clear that it’s okay to move back to our business office,” Bentley said. “Our goal each year is to leave the grounds as clean or cleaner than we found them.”

A sweet surprise
By Laura Moser 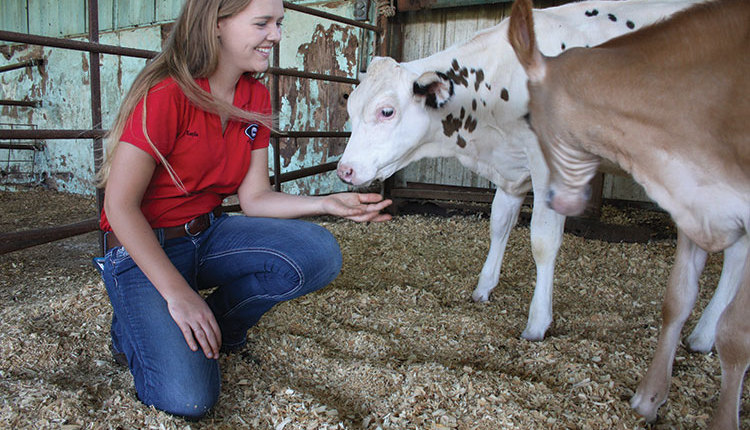 Crops and Forages
What’s a fair price for standing hay? 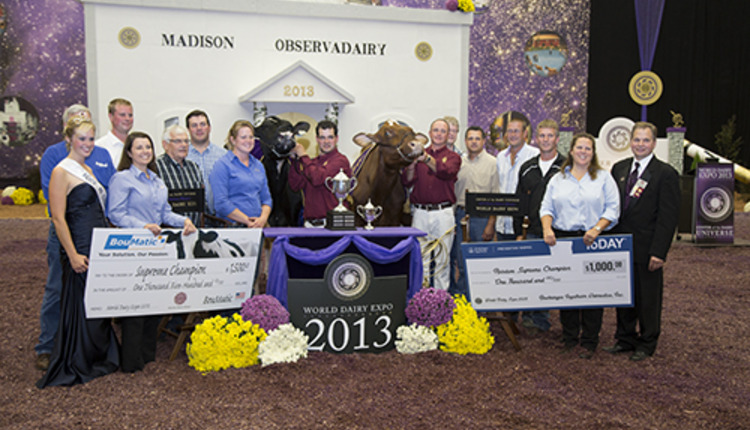