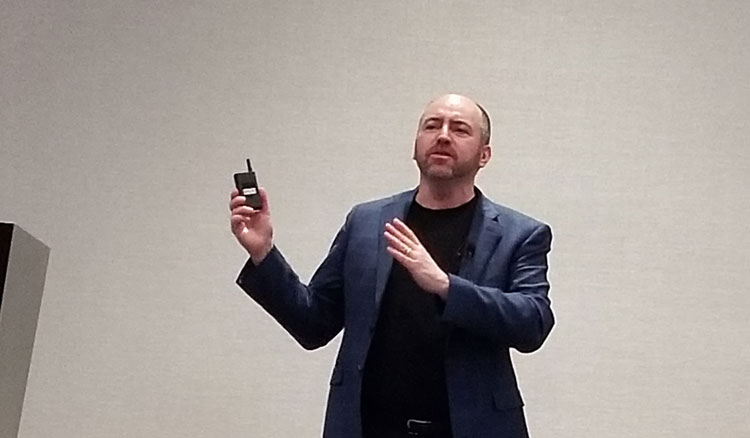 “We told the whole world not to eat fat, but the science did not exist,” said Andrew Samis, medical doctor with Queen’s University.

“How much money is out there to tell the entire human race that Senator McGovern’s dietary recommendations were wrong?

“None!” he said in quickly answering his own question.

Of course, the McGovern report that Samis is referring to is the “Dietary Goals for the United States” later dubbed the “McGovern Report” published by the Select Committee on Nutrition and Human Needs, the United States Senate, February 1977.

Four of its seven tenants were:

A politically connected nutritionist
“Dr. Ancel Keys created the diet-heart hypothesis,” shared Samis in speaking at the 58th annual National Mastitis Council in Savannah, Ga. “He was a powerful nutritionist . . . as in politically connected,” said the medical doctor. “The ‘K’ in military rations during World War II stood for Keys,” he said, projecting an image of the “K” ration on the screen and explaining that Keys was well-connected by to both the military and politicians.

“Then Dr. Keys created the diet-heart hypothesis, which said that the consumption of fat, especially saturated fat, led to an increase in blood cholesterol and an increase in cardiovascular disease,” continued the Canadian.

“The diet-heart hypothesis was so wrong that a low-fat diet did not reduce President Eisenhower’s blood cholesterol following his heart attack,” the medical doctor continued.

“Just 65 years after the Wright brothers flew the first plane, we put a man on the moon,” said the medical doctor.

“During the same length of time, the low-fat diet did not end heart disease. That tells us the science is bad on low-fat diets.”