Calve ‘em young? Not so fast. 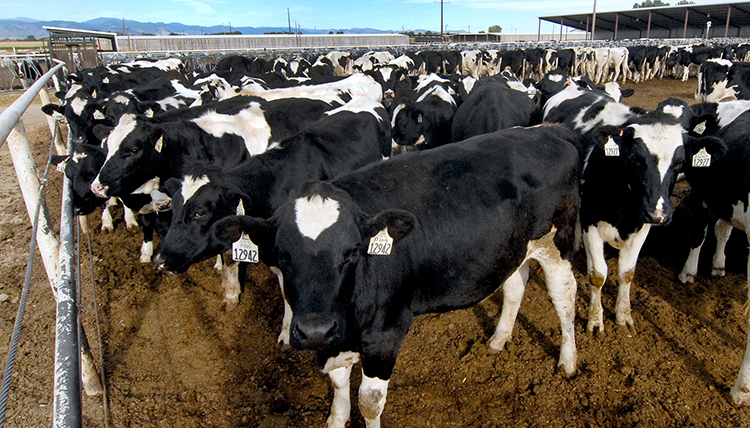 “How old a heifer is when she first calves looks like it has a big influence on milk,” said Cargill Dairy Focus Consultant Shane Holt at his seminar during World Ag Expo in Tulare, Calif., two weeks ago. “The older she is, the more she makes.”

It’s a correlation he made after close scrutiny of a large Western herd’s records — one that applied to all breeds in the herd. Animals that calved younger, he saw, had lower first-lactation peaks, lower lactation totals, and lower lifetime output.

“You might be thinking, ‘It can’t be this simple,’” he said. “But it is. If you will stop breeding your animals so early and give them a couple more months to grow, you can pick up 10 to 14 pounds more milk per head per day during the first lactation.”

Holt emphasized it is an effect that is not limited to just the first lactation. It’s one that lasts a lifetime, although herds with excellent average daily feed gains make up some of the shortfall in later lactations once heifers fully mature.

“I have convinced myself after five years of looking at this that there is nothing that will give you more milk than your age at first calving. Nothing,” he stressed.

He said he is not the only one who has come to this conclusion, saying Gavin Staley with Diamond V in California saw the same patterns after studying over 200,000 cow records at over 100 Western dairies.

“The question Gavin has asked, and I propose it to you, is why do we grow heifers to achieve maturity at 24 months of age, yet we manage (breed) them to calve at 21 or 22 months of age?” said Holt.