Labor has taken a larger bite from expenses 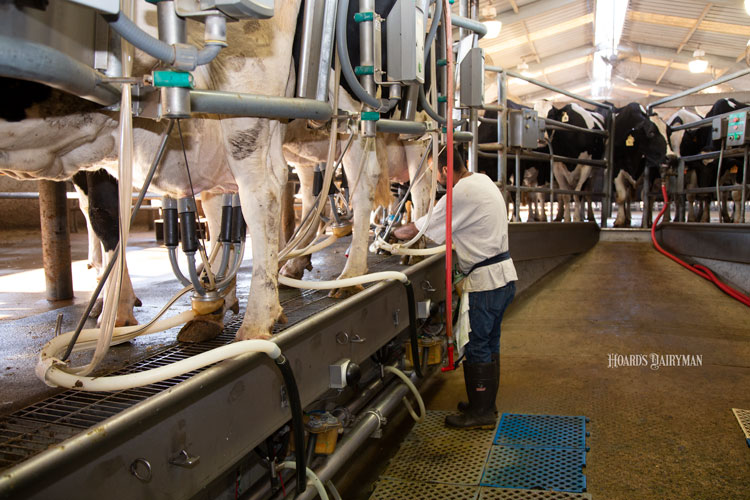 Labor costs have grown over the last years, reveals USDA data on the cost of production on dairy farms. In 2011 to 2012, labor represented about 13 percent of total expenses on average U.S. dairy farms. That number rose above 16 percent between 2015 and 2017. 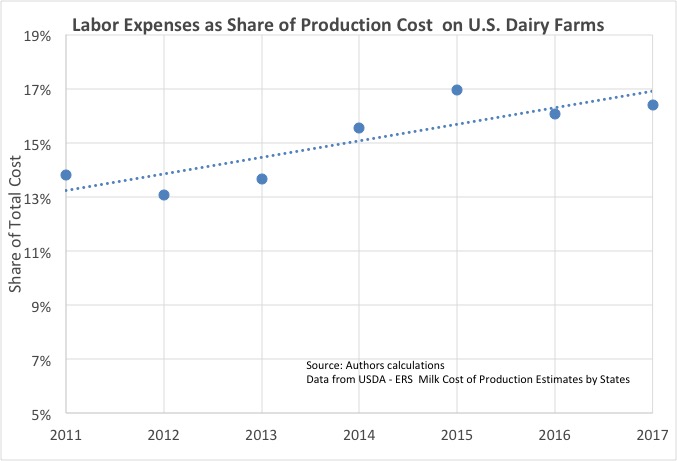 The cost of labor seems to have jumped more drastically for larger herds relying heavily on hired labor. Of course, tightening labor markets due to the immigration situation, historically low unemployment rates, and expanding U.S. economy can explain much of that upward change. 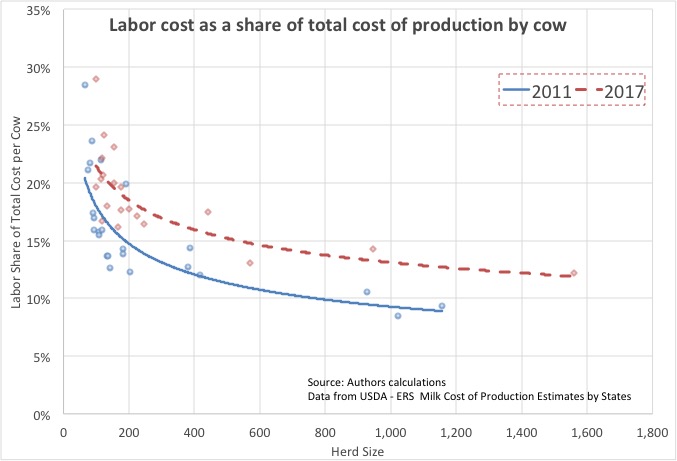 Looking at the change in dairy wages across states, we can see over the last four years annual increases of 4 percent to 5 percent were typical in the South, while annual increases around 3 percent were more common in the Midwest and Northeast. This can be explained in part by the expansion of dairy herds in states like Texas and New Mexico over that period, which was more pronounced than in Northern regions. 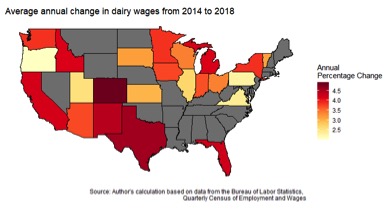 How could a recession impact dairy?
By Simon Jette-Nantel, Center for Dairy Profitability 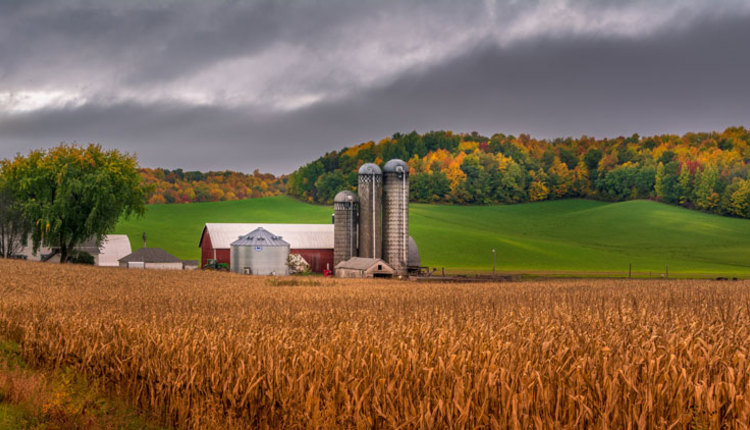