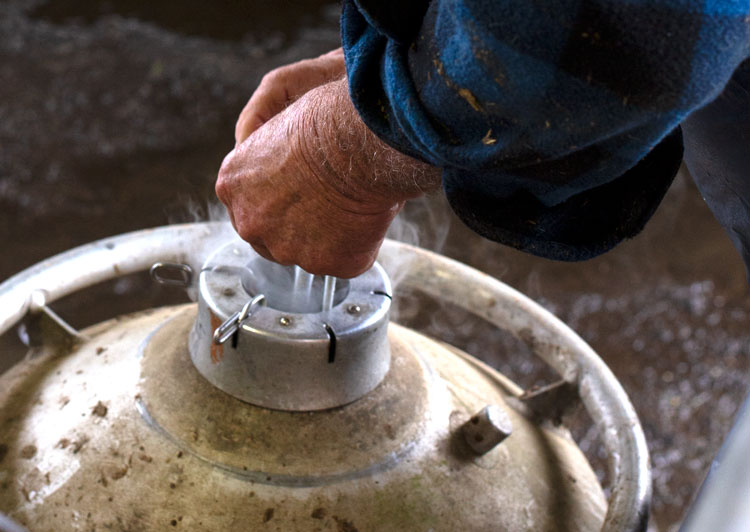 How many cattle ranchers catch beef heifers and cows to breed them via artificial insemination (A.I.)?

Not that many, as natural service continues to rule the day among the 31.7 million beef cows roaming pastures and ranches across the Unites States.

In contrast, dairy farmers buy a great deal of frozen semen — 21.9 million units to be exact — for the nation’s 9.4 million dairy cows and roughly 4.7 million breeding-age dairy heifers. That’s according to the National Association of Animal Breeders (NAAB), the trade association that represents artificial insemination business entities. While impressive, those 21.9 million units of domestic dairy semen represented an eight-year low after sales peaked in 2015 at 23.7 million units.

While those beef semen sale totals pale in comparison to domestic dairy semen sales (21.9 million units), the 2018 sales figure is up sharply from the 2.5 million units posted just one year earlier. And nearly all that semen has been purchased by dairy farmers.

In part, genomic testing has propelled this seismic shift.

In 2018, U.S. dairy farmers purchased over one-half million genomic tests to learn a major portion of the genetic potential on young dairy heifer calves. Once known, dairy farmers are planning their future herd replacement needs and breeding lower ranking genetic animals — both cows and heifers — to either conventional dairy semen or beef semen to better manage replacement inventories. Plus, black-hided dairy-beef crosses have been fetching a premium in the marketplace. 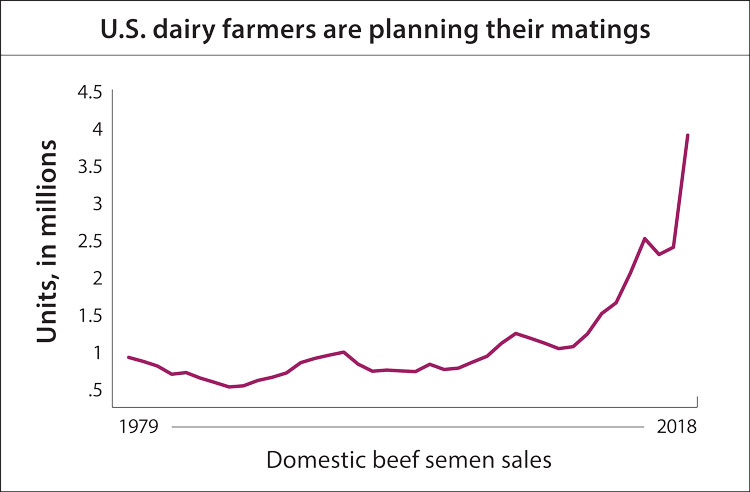