Genomics has added $50 per cow per year 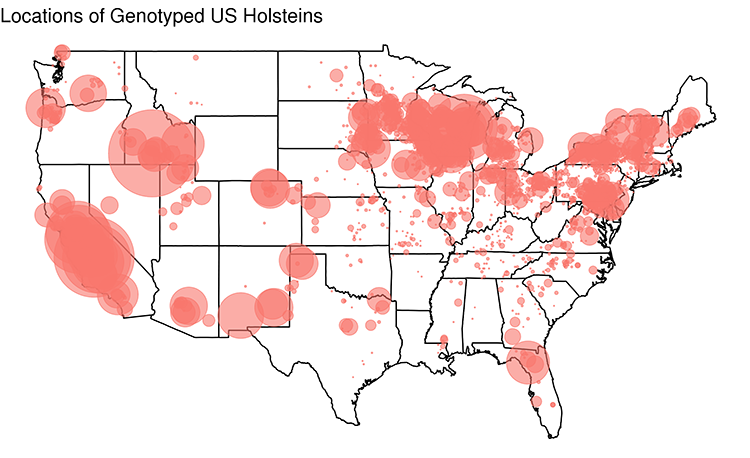 “The dairy industry has led the agri-genomic revolution with the implementation of genome-enabled genetic predictions,” wrote the 23 authors in a recent paper published in Frontiers in Genetics. “In the United States, more than 2 million dairy cattle (mostly females) from five breeds have incorporated genome information into the national dairy genetic evaluation,” continued the authors, who included Curt Van Tassell. It was Van Tassell who led the ideation on dairy cattle genomics well over a decade ago.

A profound impact
“The impact on genetic improvement has been profound,” continued the scientists. “For example, lifetime net merit (NM$), an industry recognized index of many individual traits that predicts total economic value in dairy animals, approximately doubled in terms of profitability over the last 10 years.”

The average gains for each time horizon, based on NM$ for A.I. bulls, are shown in the chart “Genetic merit of marketed Holstein bulls”: 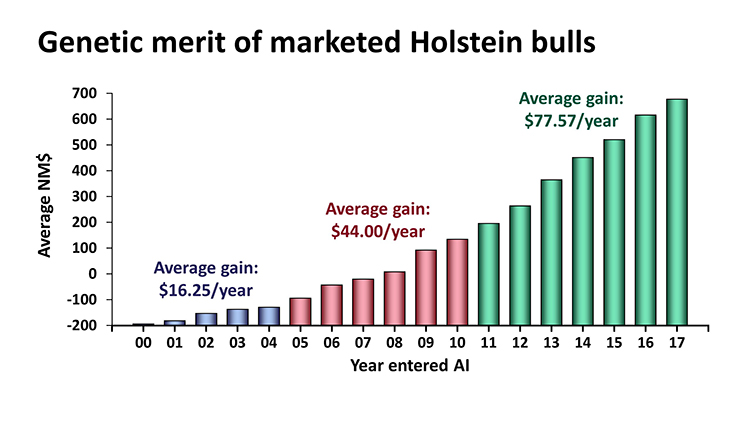 It’s the 2008 to 2009 point in time that genomic testing became available to dairy farmers.

Better data earlier in life
“A large part of this dramatic change in genetic gain per year has been the striking decrease in generation intervals because of the ability to make selection decisions using DNA genotypes on very young animals without waiting until daughters are milked,” continued the team of scientists. “The reduction in age of parents when a calf is born has changed most dramatically for bull calves, in which the age of sires has been reduced by half,” the authors continued. Although not discussed in the report, the age of the dam dropped from roughly 90 months (7 years, 6 months) to under 30 months — a threefold reduction. The chart “Generation interval — Holstein” depicts that narrative. 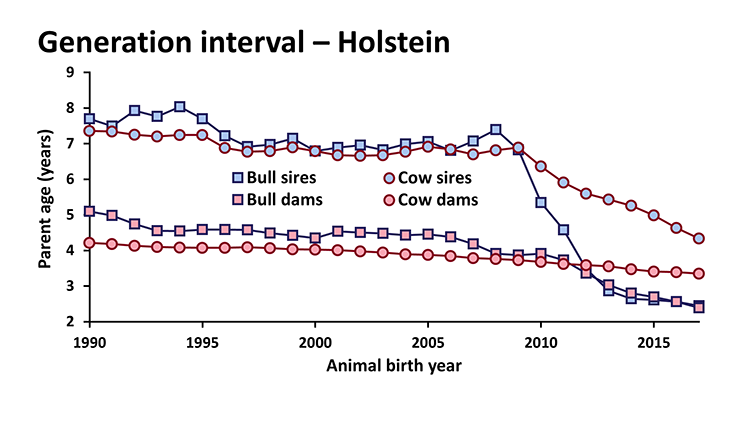 It’s adding value
Simple calculations suggest that genomic selection has delivered approximately $50 in value per cow per year. That’s based on the gain in NM$ data detailed earlier.

“If this were implemented across the entire U.S. dairy herd of 9 million cows, the calculated return would be $450 million dollars per year,” wrote the authors when describing how they carried out their math. “Selection was implemented in 2009, $450 million multiplied by nine years would provide a return on investment of $4 billion, which continues to accumulate,” with a nod to the fact that genetic gains are cumulative.

Editor’s note: The editors would like to thank Troy Rowan (map) and Suzanne Hubbard (the two charts) for creating these figures for this Hoard’s Dairyman Intel.