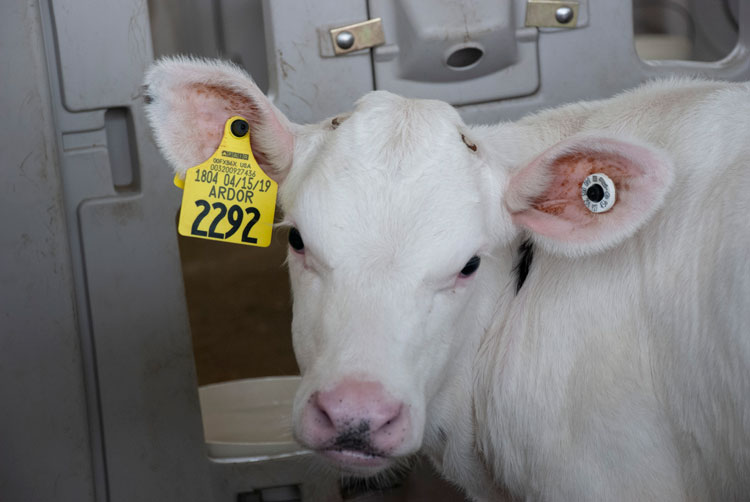 Eighteen years after Canada became the first country in the world to make radio-frequency identification or RFID tags mandatory for cattle identification, it appears the U.S. will finally follow suit as it implements an improved food safety tracking system.

It’s not because the United States Department of Agriculture (USDA) thinks RFID has suddenly become an innovative technology that every farmer should implement on their farms. It’s because RFID tags have become the price of doing international commerce. Not only do international customers want animal proteins tracked from farm to market, some of the world’s largest retailers also want traceability for fruits and vegetables.

As a result, USDA will make the full switch over to RFID tags as part of its Animal Disease Traceability (ADT) program. That program first took root in 2013 and primarily focused on visual dangle tags, electronic ear tags, and metal brite tags. Now the electronic portion — RFID — will become the prevailing identification tag.

A slow, deliberate process
U.S. dairy farmers have been making use of RFID on farms dating back to the mid- to late-1990s. For early adopters, the new tags helped speed up herd checks and even became integral in some milking parlors to identify cows. Others began to take notice.

There are two main types of RFID — a passive tag that is activated by an RFID reader via an electromagnetic field and an active tag powered by its own internal battery. In making the switch to RFID tags on January 1, 2023, USDA will require all sexually intact beef cattle 18 months or older to have the passive RFID tags to move interstate.

With a nod toward the fact that dairy has been an early adopter of RFID technology, USDA has declared that all female dairy cattle will need the frequency-emitting tags to move across states lines. Since 2013, RFID has become the only accepted form of animal identification at World Dairy Expo. The switch played a big role in streamlining cattle check-in there.

To be rather frank, cattle ranchers have fought the switch for years. It makes sense to some degree as U.S. dairy farmers use 22 million units of dairy semen to artificially breed some 9.4 million dairy cows and equivalent dairy heifers. Beef semen sales climbed over the 4 million-unit mark in 2018 with a national beef cow herd over 31 million head. And half of those 4 million units went into dairy cattle.

If A.I. has a low adoption rate, so would ear tags.

Four-year phase in by USDA
December 19, 2019: In preparation for that switch over to RFID, USDA will discontinue providing free metal tags that many farmers had become accustomed to using as a part of brucellosis vaccination programs.

January 1, 2021: On this date, USDA will no longer approve vendor production of metal tags with the official USDA shield. As this takes place, veterinarians and farmers alike will not be able to apply metal tags and consider it an official identification.

January 1, 2023: RFID tags will be required to move beef, dairy cattle, and bison from state to state unless the animals are feeder cattle and animals moving directly to slaughter.

With the full switch over, USDA officials believe the move to RFID technology will greatly enhance the ability to track animals in the event of a disease outbreak. To learn more, read Advancing Animal Disease Traceability: A Plan to Achieve Electronic Identification in Cattle and Bison.