We need more milk over a lifetime 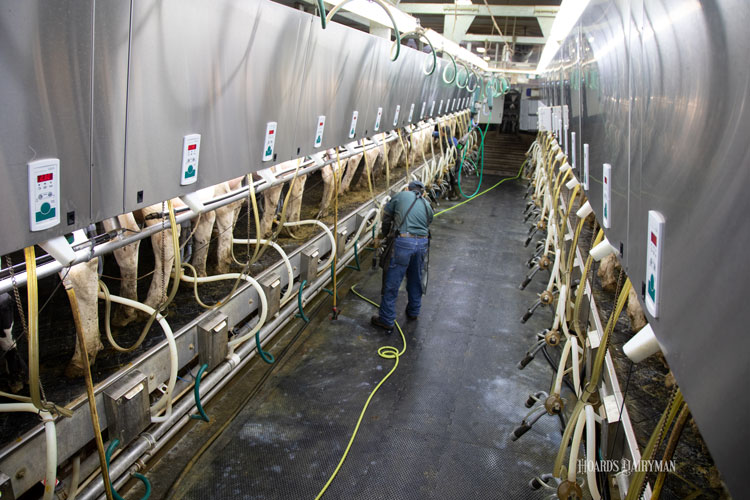 What separates the most successful dairy farmers from their peers? As one might guess, there are several factors.

Steve Bodart, a senior dairy lending specialist for Compeer Financial, set out to answer that question during an educational session at World Dairy Expo. In a research study completed by Compeer Financial and Zoetis, a decade’s worth of data from nearly 500 dairy farms was analyzed to identify key factors the most successful dairies shared.

One of the points Bodart addressed was turnover rate, and more specifically, the importance of keeping mature cows in the herd.

“We need to get cows into the second, third, and fourth lactation in order to maximize the amount of milk we get out of those cows,” he said.

Bodart asked the audience to think how many herds have 40 or 45 percent first-lactation animals, or less than 35 percent of the herd in the third lactation or greater.

A third-lactation cow is producing an additional 10 percent,” he continued. “We want to get as many cows as possible in that third lactation.”

Bodart introduced the concept of spreading milk production over total days of life. He gave the example of culling a first-lactation heifer at 200 days in milk. Once you factor in the two years it took to raise the animal, he said the milk produced per days of life would probably be in the teens.

On the other hand, if a cow stays in the herd until the fifth or sixth lactation, it will produce 60 pounds or more of milk per day of life.

“Spreading that fixed cost of raising a heifer over more days of life helps us lower that cost of production,” Bodart said. “Think of that the next time you cull a heifer.”

In addition to a lower herd turnover rate, other factors in their study shared by the most successful farms included:
• Energy-corrected milk production — 6 pounds of combined fat and protein per cow
• Somatic cell count — goal below 135,000 cells per milliliter (mL)
• Reproductive efficiency — pregnancy rate of 25 percent or better
• Heifer management — raising the right amount of heifers and keeping them healthy