Milk is still a powerhouse category 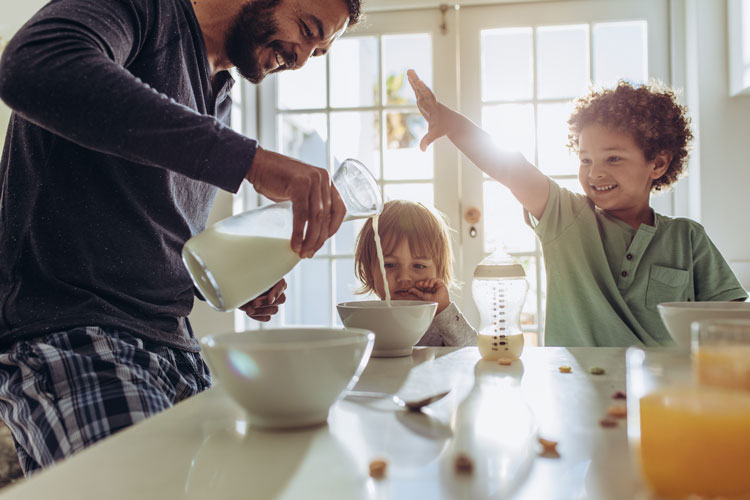 We hear it over and over again, that fluid milk consumption is declining. This is true, but we should remember that milk remains a staple in most American households.

“Milk is still a powerhouse beverage category in the U.S. Don’t forget that,” said Paul Ziemnisky, executive vice president of Global Innovation Partnerships for Dairy Management Inc. He spoke about milk and beverage trends during an educational session at World Dairy Expo.

“Ninety-four percent of households still have milk. That’s 117 million households,” Ziemnisky said. “We still have a significant footprint and mean a lot to families in the U.S.”

“These consumers are looking for more,” he said, listing nutritional benefits and flavor as examples. “If we think they are going to sit on the sidelines and drink white milk, they’re not. They’re going to try new things. We have to give options to them to keep milk relevant with these consumers.”

Even though milk is a major beverage category, Ziemnisky didn’t ignore the fact that consumption is going down. He explained that in the U.S., we are losing about 1.5 ounces of milk per household per week. That is not a lot, but spread over 94 percent of the nation’s households, it adds up.

He pointed out four reasons for the decline in fluid milk consumption:

1. Societal changes. He said 70 percent of households don’t have children. “People are having kids later and are living longer. We have to make milk relevant to them,” he said.

2. Changing breakfast behaviors. “People aren’t sitting down for breakfast anymore,” Ziemnisky said. He explained that the reduction in cereal consumption has driven 20 percent of milk’s decline.

3. Growth of out-of-home channels. People are looking for consumption on the go. Ziemnisky said that we are seeing growth in milk sales at restaurants, but that hurts us for in-home consumption.

4. Significant innovation in other beverage categories. He shared that in the 1970s, the main drinks were milk, soda, and juice. Beverage options have exploded over the past few decades. Ziemnisky pointed to bottled water and coffee as two of milk’s main competitors.

Data shows us that milk intake per capita is going down, but we can’t just tell people to drink more milk and expect them to do so. Ziemnisky said, “You have to understand the consumers and drivers before you can address how to grow the category again.”