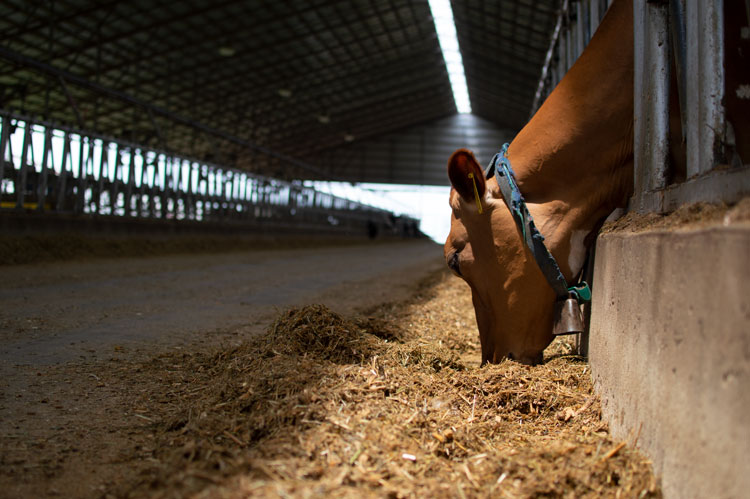 Dairy farmers may have found the best of both worlds — with a practice that’s already relatively common. New research from the University of Illinois suggests that supplementing prefresh cows with a negative dietary cation-anion difference (DCAD) diet and higher levels of dietary calcium can improve uterine health and function. The question is, how much calcium?

Producers who feed a negative DCAD dry period ration are stimulating the cow to mobilize more calcium from the bones, and these diets are sometimes additionally supplemented with calcium to help further mitigate the stress of calving. But we know that calcium is vital for many other regular cellular processes, as well. It would make sense, then, that a negative DCAD diet, along with additional calcium, could result in benefits beyond just metabolic.

Healthier reproductive function
After calving, the cow’s blood, uterus, ovarian, and pregnancy status were monitored. The cows on the negative DCAD diet with additional calcium took less time to ovulate and had fewer instances of uterine infections. The researchers attributed these favorable outcomes to the tissues and tight junctions of the uterus working better with more calcium in the bloodstream.

Perhaps the most interesting result was that those cows fed extra calcium also had higher pregnancy rates than the groups receiving no additional calcium. This correlation would need to be tested in a larger group to be confirmed. Still, the higher levels of calcium do lead to more disease-fighting antioxidants in the uterine lining, which could improve the cow’s ability to become pregnant.

The study concluded that to see the same reproductive improvements as found in the experiment, producers could consider taking their dry cow diets further than is typically common. Instead of 0.4 percent dietary dry matter calcium, consider supplementing calcium at a higher level.

To be fair, this research based out of the University of Illinois involved 76 cows. Further studies would be warranted to further confirm these findings.