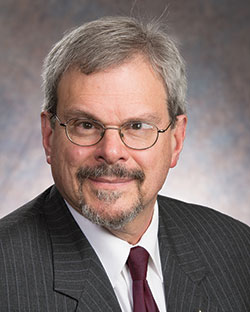 Peter Vitaliano,
vice president of economic policy
and market research for the
National Milk Producers Federation
The U.S. dairy industry has only in recent months pulled out of a prolonged price slump that dates back to 2015. The outlook for the coming year is the brightest it has been since then, but the intervening years have inflicted a financial toll on the nation’s dairy producers, from which recovery will be slow . . . and for many, too late.

Data from USDA’s National Agricultural Statistics Service (NASS) show that the United States lost an average of 3.9 percent of its licensed dairy herds each year from 2011 to 2017, with a maximum of 4.7 percent in any one of those years, but it lost 6.8 percent of them in 2018.

These accelerated herd losses disproportionately affected small producers. States with average dairy herd size above 500 cows in 2018 collectively lost 200, or 4.6 percent, of their dairy herds that year. States with an average dairy herd size below 500 cows in 2018 collectively lost over 2,500, or 7.1 percent, of their milking herds that year. The figure shows this relationship between herd size and herd losses more fully. 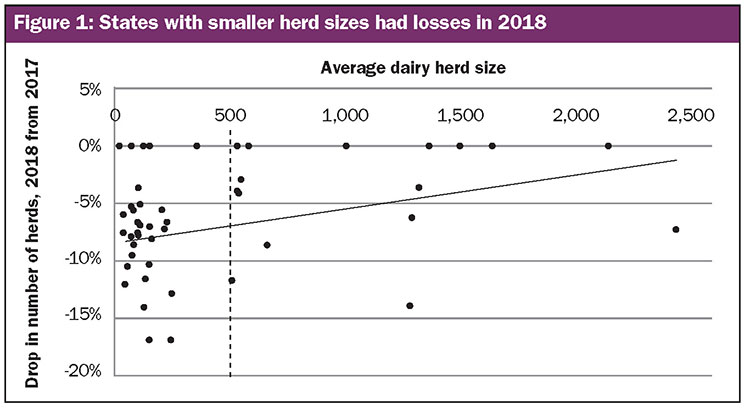 These differential impacts affected milk production as well as herd numbers. U.S. milk climbed by 0.9 percent from 2017 to 2018. States with average dairy herd size above 500 cows in 2018 collectively improved milk production by 2.6 percent that year. Production grew in 12 out of those 16 states, or three-quarters of them.

By contrast, states with average dairy herd size below 500 cows in 2018 collectively reduced milk production by 0.7 percent that year. Only four out of those 34 states, or 12 percent of them, had milk production gains.

Structural adjustments of this general type have been occurring in the dairy industry for many years, but they clearly took an accelerated turn in 2018. That’s because financially stressful conditions for dairy farmers continued for a considerably longer period than has been typical for previous downturns.

Congress deserves credit for finally making the Margin Protection Program for Dairy, which was in place throughout this period, into a workable safety net designed to deal with just this type of economic environment. However, it was also unfortunate that this only occurred toward the end of this period, particularly with enactment of the improved Dairy Margin Coverage (DMC) program beginning in 2019.

The improved price outlook for this year is driven by higher prices for nonfat dry milk and Cheddar cheese. Domestic nonfat dry milk prices move closely together with international prices of skim milk powder, which were depressed during most of the previous five years by global over-production and very large government-owned stocks in the European Union. Those stocks were finally liquidated only last year.

The early December futures were projecting nonfat dry milk prices would average about 40 cents a pound higher in 2020 than they did during 2015 to 2019. I estimate that this price improvement, by itself, will contribute about $1.35 per cwt. to the higher milk prices this year, compared to the 2015 to 2019 average.

Cheddar cheese prices were also forecast to improve this year from levels of the past several years, by about 20 cents a pound compared with the average during 2015 to 2019. This will contribute an estimated $1.10 per cwt. to the 2020 milk price outlook. The slowdown of domestic milk production growth over the past year or so has also considerably slowed the production of American-type, and particularly, Cheddar cheese, making those markets tighter than they had been since 2014.

Butter prices will actually be lower this year than the recent past, and dry whey will make a minimal contribution to stronger milk prices as well. Domestic and international whey prices have struggled to recover from their precipitous drop in 2015, and the recent trade wars and China’s swine fever virus have further prolonged that struggle.

The milk prices projected for 2020 by the early December dairy futures, although up from the 2019 average, were down from those in the last few months of last year. Lower projected cheese prices were the cause, outweighing expected further gains in nonfat dry milk prices. Indeed, cheese prices are the largest point of uncertainty in the outlook because they will largely be a function of how quickly U.S. production ramps up again.

The U.S. dairy herd stood at just 45,000 more cows last October than it did in October 2014. But each of those cows produced 5.5 percent more milk and about 8 percent more milk solids than their bovine sisters did five years earlier, and their numbers started growing again at the end of last year.

In what is actually an indicator of a good outlook for farmers, USDA’s DMC Decision Tool in early December was projecting more than a 75 percent probability that the DMC margin would remain above the maximum $9.50 per cwt. coverage level for all of this coming year. Nevertheless, this was just a forecast, and enrolling in the DMC program at the generous coverage and affordable premiums available will always be a highly recommended risk-management option for dairy farmers. 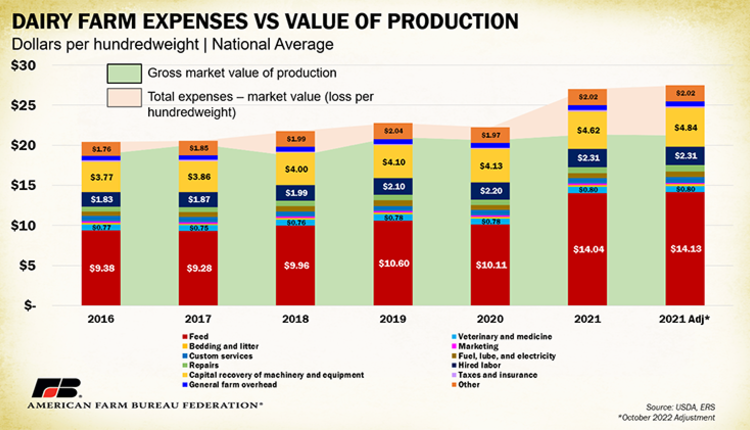 What have we learned about protecting milk prices?
By Peter Vitaliano, National Milk Producers Federation 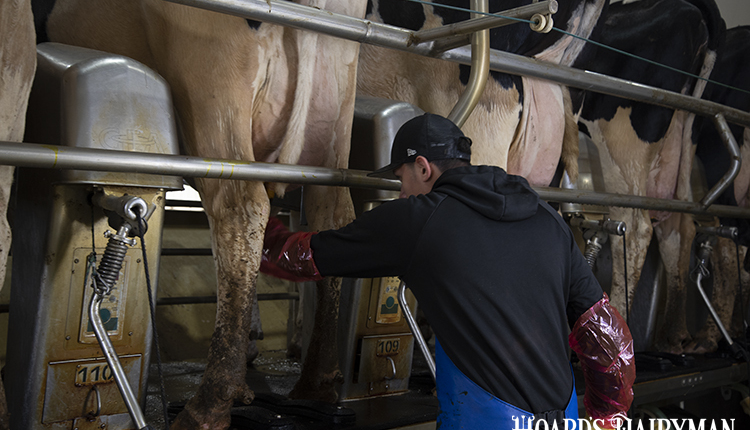