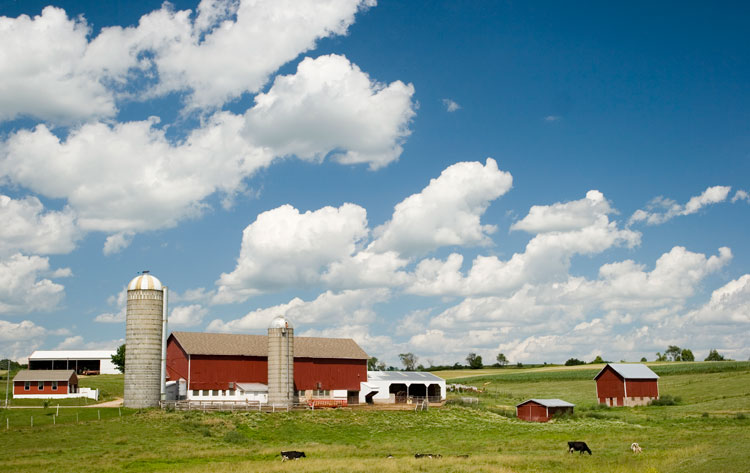 Milk prices were too low for too long.

That sums up the serious economic consequences in the countryside as 8.8% of all dairy farms holding permits to sell milk left the business last year. On a percentage basis, last year’s loss in U.S. dairy farms was the largest since permit tracking begin in 1992. Some of those farms departed because the economic tide of negative cash flow carried them out to sea, while others pulled the plug before hard-earned equity vanished forever from their balance sheets.

Regrettably, all areas of the country were impacted as three regions posted the largest percentage losses on record. During the past year, the Southeast lost 12.1% of its farms, the Midwest had 9.7% exit, and the West had 5.9% of all dairies call it quits.

The Northeast was the only region not to post record losses. While that region had 7.5% of its farms shutter the milk pump, the Northeast lost 7.7% of its farms in 1998. It’s no coincidence that the U.S. lost 8% of its dairy farms that year, making it the second-largest percentage loss on record.

Of the top 10 dairy states based on farm numbers, the following were hit especially hard:

Regionally, the West (+384%) and the Midwest (+267%) have seen the largest percentage gains in herd size. During this time period, herd size in the Southwest grew at half the pace found in the Midwest, and the Northeast grew at one-third the figure posted by the Midwest.

Western herds added 82 cows per herd last year, bringing its average to 1,274. That represented stronger growth in herd size compared to the prior year’s 63 cows. The three-year change of 82, 63, and 40 cows surpassed the growth that took place from 2012 to 2014, when herd sizes grew 49, 33, and 47 cows with each advancing year.

For the 15th time in the past 17 years, the Southeast had the largest share of farms calling it quits (12.1%). The Midwest closely followed the Southeast by losing 9.7% of its dairies.

Overall, the Midwest’s reduction in farm numbers was the region’s highest percentage loss since 2001’s 8.5%. In that era, Hoard’s Dairyman partnered with the American Farm Bureau Federation to obtain milk permit data. These days, USDA’s National Agricultural Statistics Service (NASS) tabulates the information. These permit numbers are a snapshot in time. For example, in February 2020, Wisconsin had 7,258 dairy farms.