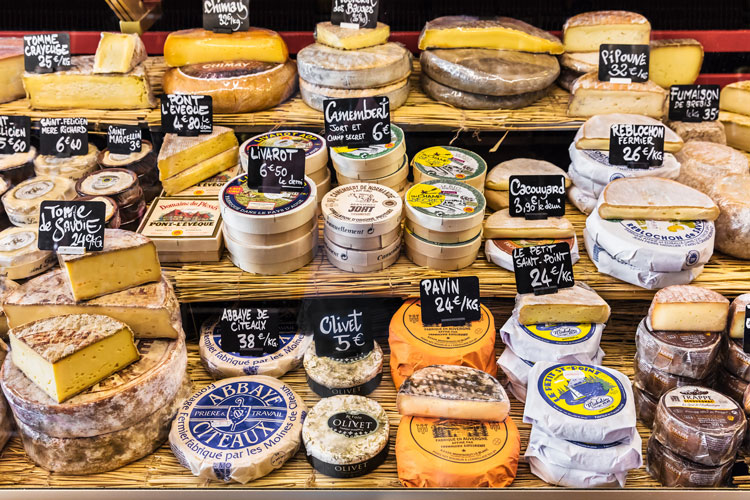 The U.S. is the world’s third largest exporter of dairy products, but the federal order system may not be giving American farmers much competitive advantage to improve the demand of those exports, the panelists of the July 22 Hoard’s Dairyman DairyLivestream agreed.

A major hindrance is the retroactive pricing by class. “We don’t know what the price of the milk is until after it’s been received and run and put into a product,” pointed out Kevin Ellis, CEO of the Cayuga Milk Ingredients plant in upstate New York near Canada. “That type of system doesn’t lend itself to be able to forward price on the world stage like all the customers on the world market want.”

By comparison, the number two exporter in the world, the European Union, can price products three months out for customers, Ellis said. New Zealand is the top global exporter and could price a whole year in advance, since they only pay farmers once each year, he added.

Ellis explained that forward pricing is an option as risk management through the Chicago Mercantile Exchange (CME), but the volatility of that market doesn’t make it a very desirable tool. The combination of these factors encourages processors to make the products with the least risk.

In the current system, that means making commodities, said Ted Jacoby, CEO of T.C. Jacoby and Company. But commodities don’t allow for much flexibility or upgrading to value-added products that customers need and want, he continued.

Jacoby pointed to the example of Ireland marketing its Kerrygold butter. That value-added product is now the second-leading brand of butter in the U.S. A similar path has been found with many specialty European cheeses. That type of presence in international markets must be the goal for American producers and processors, Jacoby predicted. “The U.S. really wants to be not just a long-term player in the export market, but a long-term player who’s going to bring value-added products, which ultimately means we’re going to be able to pay our farmers more,” he described.

The choice to stay
Dairy economist Mark Stephenson reminded that although the federal order system has some shortcomings, it was designed and implemented to solve different problems than the ones we face today. “Federal orders begin, and almost end, with fluid milk,” he noted. Only fluid plants must be regulated by the system. “There’s an incentive most of the time to be in that pool and be regulated, but it is a choice,” he continued.

So why don’t processors choose to leave the limiting system? Ellis attributed it to the specialization that the federal order system allows. “We have an advantage as a Class IV plant because we’re not diversified,” he said. “As specialists, we have to compete with other specialists in our arena.”

Being part of a challenging federal order system is better than not being in it at this point. “We could depool and drop out of the federal order system, but the world market return for the price of our so-called Class IV milk will result in a lower pay price to our farmers,” described Ellis. “We participate because it’s part of the system.”

Jacoby elaborated that, in the last 20 years, the percentage of U.S. milk solids exported has risen from 3.5% to 17% this May. “That’s putting stress on our federal order system. The federal order system wasn’t designed to take into account the fact that we’re exporting that large of a percentage of our milk, and we’re going to have those international forces affecting our milk price,” he stated.

This isn’t a challenge that will be solved overnight, but it’s worth a second look. The COVID-19 pandemic has shed light on more than a few food production shortcomings, Stephenson noted. These could make our industries look closer at the trend of specialization.

If you haven’t joined a DairyLivestream broadcast yet, register here. Registering once registers you for all future events.