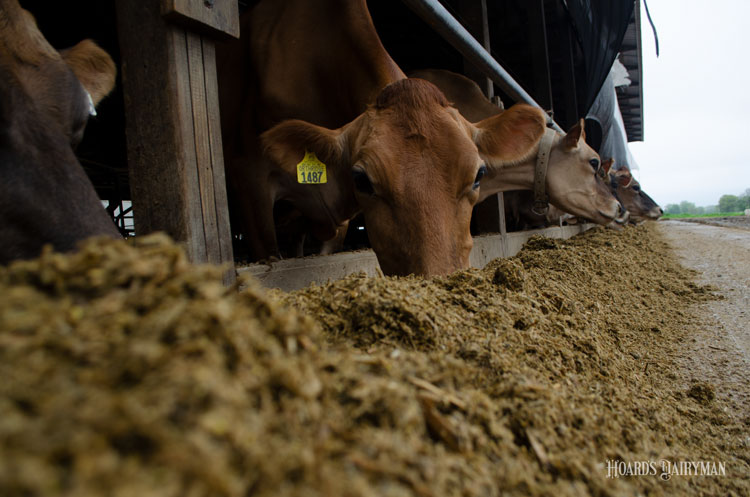 One of the first nutrients that our eyes are drawn to on a forage report is the crude protein value. While total crude protein is important, the quality of that protein and how it meets the needs of the rumen environment is even more relevant.

Corn silage is not typically high in protein, averaging 7.6% in samples run in 2020 at Cumberland Valley Analytical Services. However, corn silage is often fed at high levels in production diets and may contribute 2 pounds or more of the protein in the diet. Protein quality, the amount and level of various amino acids, becomes more critical with high levels of corn silage feeding.

Below is a graph showing the range in the distribution of amino acid nitrogen (protein) as a percentage of the total nitrogen (protein) in corn silage. The amino acid content of the reported protein value may run from the mid 50% to 70%. Nitrogen not associated with amino acids may be present as ammonia, nitrate, or peptides. 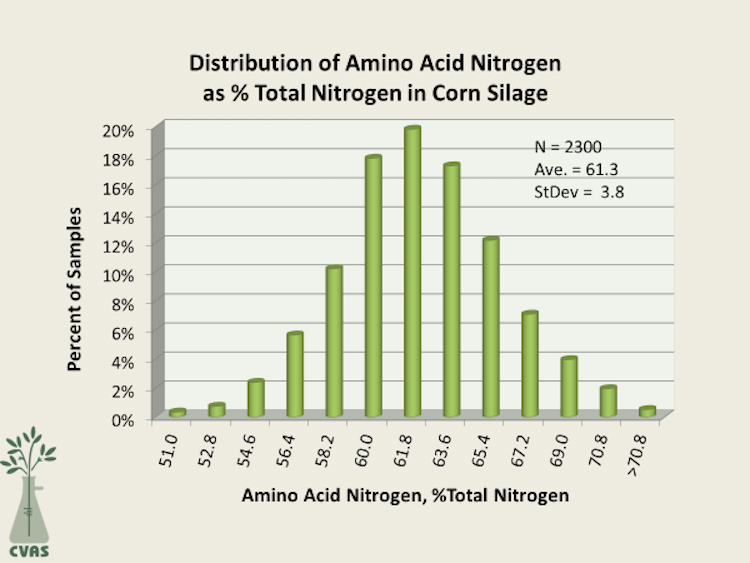 The level of nitrogen recovered as amino acids is impacted by management factors associated with putting up quality silage. Such things as moisture level, cut length, kernel processing, speed of fill, pack density, and the resulting fermentation may impact how much of the amino acid content is maintained.

The levels of various amino acids also define protein quality. The relationships between amino acids are not fixed. They can vary depending on the ratio of corn grain to fodder. Below is the amino acid composition for corn silage and corn grain from the Cornell Model (CNCPS) feed library. Note that for amino acids outlined in orange, there is a significant difference between grain and fodder. As the relative amount of corn grain (starch) in corn silage rises, so does the leucine level. 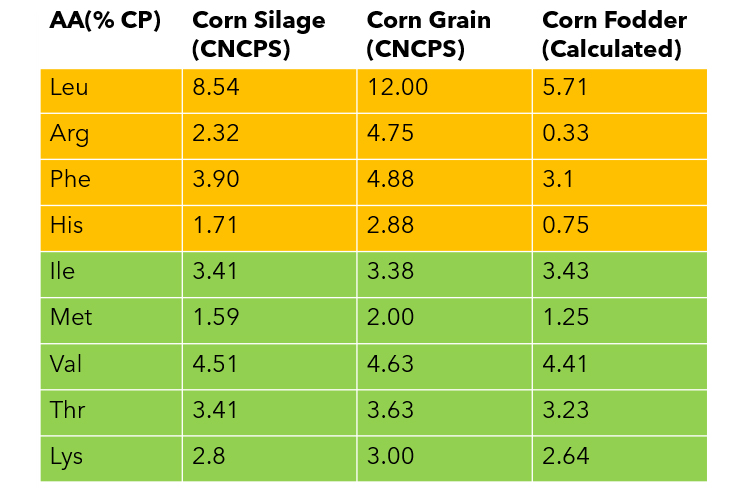 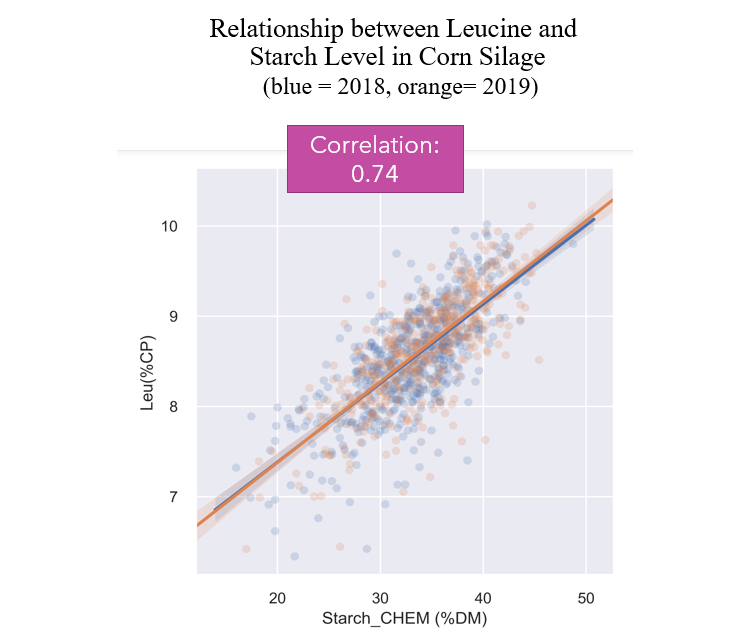 This information may be viewed as too “technical,” but we can summarize key points that have an application to nutritional programs. As always, applying management practices for putting up quality silage will best preserve nitrogen as amino acids. Consider evaluating nitrogen recovery as amino acid as a measure of preservation quality. Realize that amino acid values in corn silage are not static and will vary depending on factors such as the amount of starch in the corn silage.

The trifecta of dairy product exports 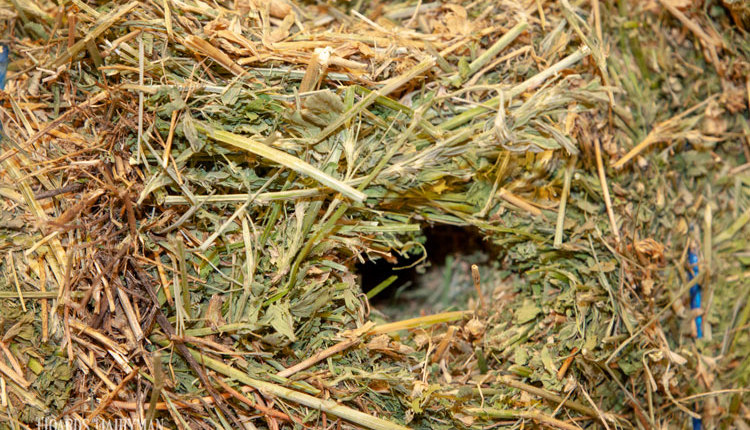 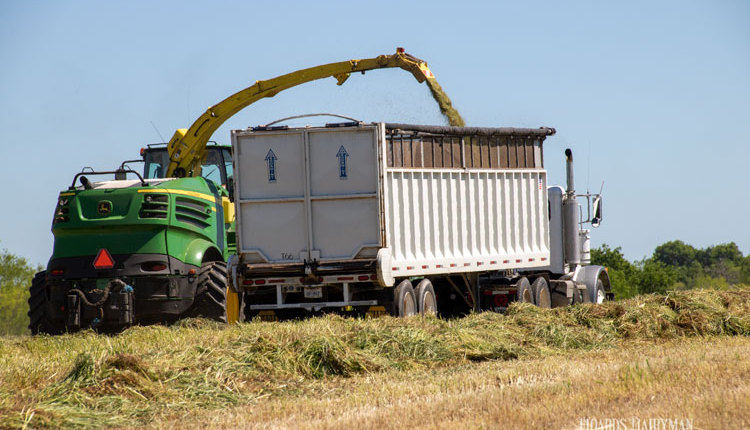