Do you have dead assets? 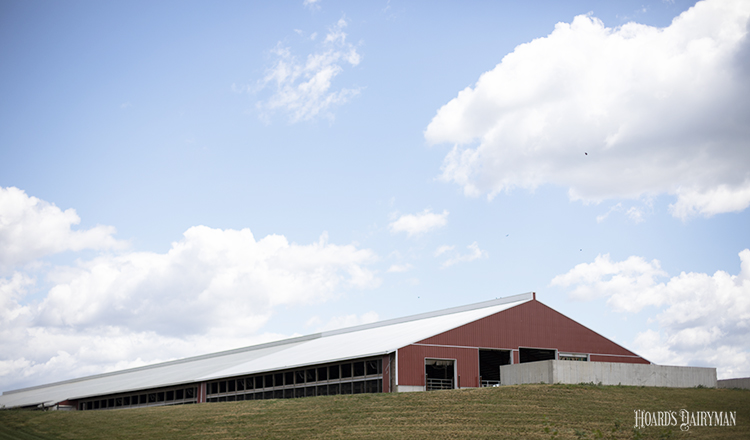 What makes a dairy profitable?

There are many potential answers, but one in particular rose to the top in Cornell University’s recently completed Dairy Farm Business Summary. It’s what Cornell agricultural economist Chris Wolf calls “asset intensity.”

“Really what you see consistently in the data is if you are using your assets to generate sales efficiently, that’s going to be highly correlated with profit,” he explained on the September 1 Hoard’s Dairyman DairyLivestream.

Of course, labor and feed costs are also important in developing a farm’s financial position, especially depending on the situation of the operation. However, those measures don’t account for the quality of work or feedstuffs, Wolf continued.

The most profitable farms in the Cornell data set were the ones with higher rates of return on their assets (ROA). Assessing ROA is an effective way to standardize profitability of a farm over time to allow for accurate comparisons within the operation and to other farms, described Wolf. It is defined as operating profit divided by assets invested in the farm business.

If ROA is low, two ways to dig deeper into the problem are to evaluate it in terms of ‘earns’ and ‘turns,’ Wolf described:

He further explained that if OPM is low relative to your peers, look at your cost of production and determine if some costs can be reduced. If ATO is low, you’re likely overinvested in assets or have unproductive, dead assets that should be cut.

Both measures can shine a light on potential areas for improvement in the business, just in different ways. “ATO was a bigger driver of differences in profitability than was the OPM,” Wolf said of the Cornell survey. “I think that partly reflects . . . that this is a competitive business and the focus is on cost control.”

An eye on the big picture

That competitiveness was also revealed in the fluidity of the most high-performing herds. The Dairy Farm Business Summary illustrated that, “It’s difficult to stay in the top quartile. There are lots of variations across farms and over time, as you might expect,” described Wolf. “Things happen — herd health issues, human resources management, or weather.”

That makes evaluating financials accurately more complex. “Because there’s a lot of variability, when you’re benchmarking profitability, specifically, you really need three to five years of data to get a good idea of where you rank relative to your peers,” Wolf recommended. Those irregular herd, employee, or crop events can turn any one year into an outlier.

DairyLivestream will air twice each month for the remainder of this year. The next broadcast will be on Wednesday, September 23 at 11 a.m. CST. Each episode is designed for panelists to answer over 30 minutes of audience questions. If you haven’t joined a DairyLivestream broadcast yet, register here. Registering once registers you for all future events.

“Curd to counter” with Culver’s
By Katelyn Allen, Associate Editor