There’s more to illness than intake 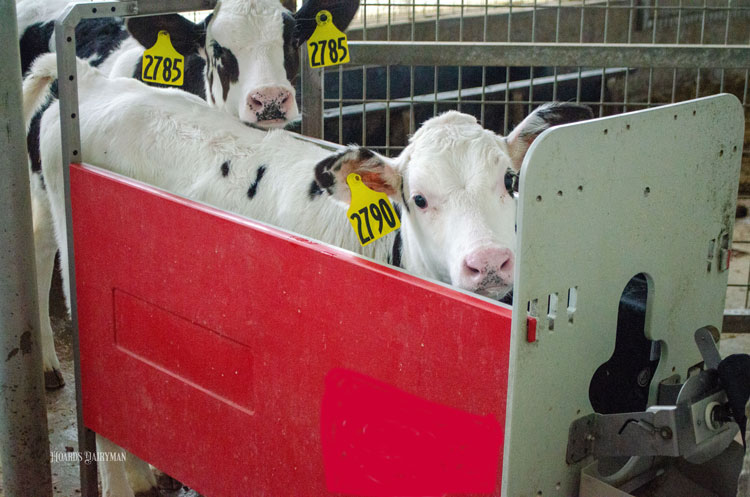 Like other forms of automation on the farm, automatic calf feeders can collect and provide a wealth of information to the dairy producer. Monitoring this data for indications of calf illness can help protect the investment in that heifer, but just watching for a slide in milk consumption might not be enough.

Matt Jorgensen of USDA Animal Research Service detailed a few best practices for automated calf feeding systems in a Virtual Dairy Nutrition and Management Series presentation. He acknowledged that the ability to identify disease has been a driver for some farmers to install the equipment. “There is some evidence that changes in calf behavior can alert producers to a health event before that animal might be displaying obvious signs of illness,” said Jorgensen.

Speed and frequency
Where do you look for these changes in calf behavior? Jorgensen reminded the listeners that automatic feeders record each calf’s meal and daily consumption, drinking speed, and the number of rewarded and unrewarded (no milk given) visits. He recommended keeping an eye on drinking speed and number of visits.

“Perhaps counterintuitively, the overall consumption is generally not shown to be the most robust indicator of a sick animal,” he noted.

Instead, he described research indicating that drinking speed slowed down three days before a scours event. It also dropped the day a calf was diagnosed with a respiratory condition.

Tracking drinking speed will identify sick calves earlier and allow them to be treated sooner. In Jorgensen’s own research, he explained that, “Farms that reported using drinking speed as their primary alert had a significantly lower mortality rate (2.37%) than those that didn’t report using that indicator (6.57%).”

The number of unrewarded visits to the feeder may also be useful in indicating calf illness, since healthy calves will want to visit the feeder more often and will exhaust their milk limit sooner. More research showed that a calf’s number of unrewarded visits declined two to three days before being diagnosed with scours and two days before clinical signs of a respiratory disease.

Getting the total picture
Jorgensen noted that limit-fed calves will be less inclined to alter their drinking behavior very much even when sick, so their behavioral changes may not be picked up by an automatic feeder.

While automatic feeders can be helpful in identifying your sick calves, Jorgensen advised not to rely on intake alone. Drinking speed and unrewarded visits may be better indicators of calf health. However, visual assessment is still critical to find calves that might need extra care or treatment. “The automated feeder is a complement to a good calf manager,” he concluded. “It is not a replacement for one.”