The hidden costs of “do not breed” cows 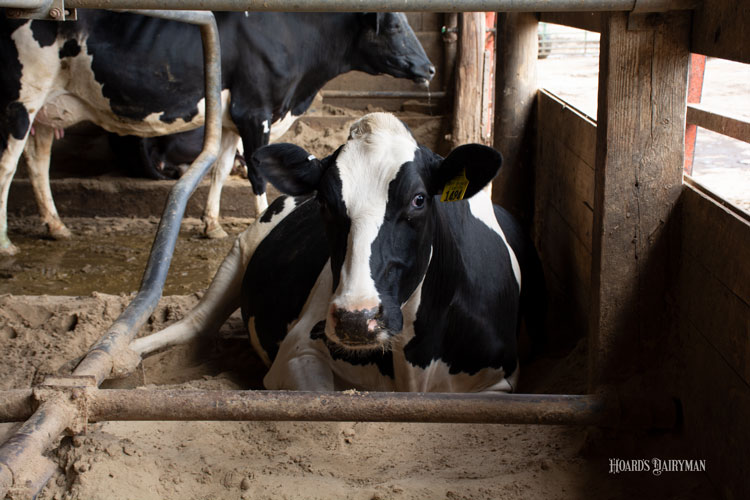 It was mid-January when a dairy manager and I scouted for inefficiencies within the herd. One tool I like is plotting milk production by days in milk to have an idea of the existence of cows with very long lactations. In this herd, 9% of the milking cows were more than 400 days in milk. The milk production of these cows averaged 52 pounds per day. Interestingly, 76% of these cows had been declared “do not breed” (DNB), and nearly all were because they were repeatedly open at pregnancy checks.

Intrigued by the numbers, I asked the manager why those inefficient cows were still in the herd. The answer was that as long as they pay for their feed, DNB cows stay.

Switching old for new
After squeezing the numbers, we observed that the milk yield of young cows in the herd less than 150 days in milk averaged 81 pounds per day. If those cows produce 29 pounds per day more than the DNB cows, then why not buy some young cows to replace those inefficient cows? Surprisingly, the manager bought in to the idea and gave it a try. The following are some data from this experience.

DNB cows were sold at $950 per head, and young cows were purchased at $1,160 per head. This initially resulted in a $210 loss per head. However, the production of these new cows during the first 45 days in milk averaged 68 pounds per day (see graph). At a milk price equal to $15 per hundredweight (cwt), each of these young cows produced $2.40 per day more than what the DNB cows would have produced. In approximately 87 days, each of these animals generated enough money to cover the $210 loss mentioned above.

Even though it is extremely hard to predict how many more days those DNB cows would have stayed in the herd, purchasing young cows likely would have increased the revenue. Also, these cows likely would eat less than the DNB cows, which could translate into feed savings. Finally, these animals are eligible to become pregnant and provide replacements, something DNB cows cannot do. 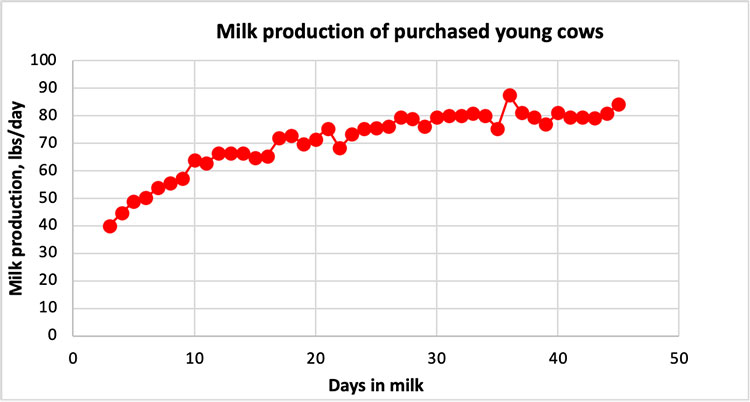 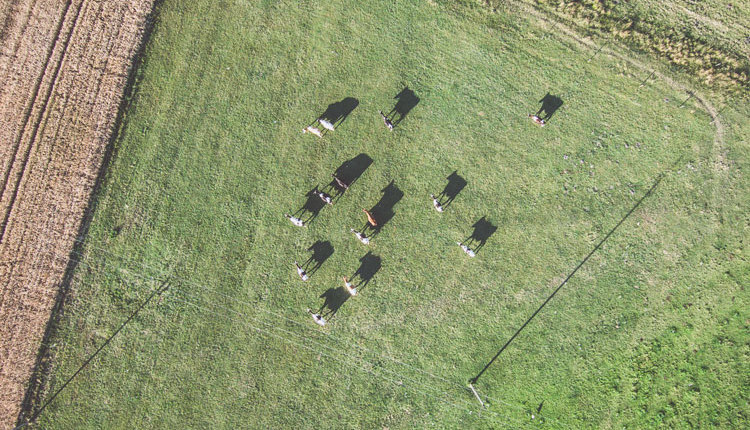 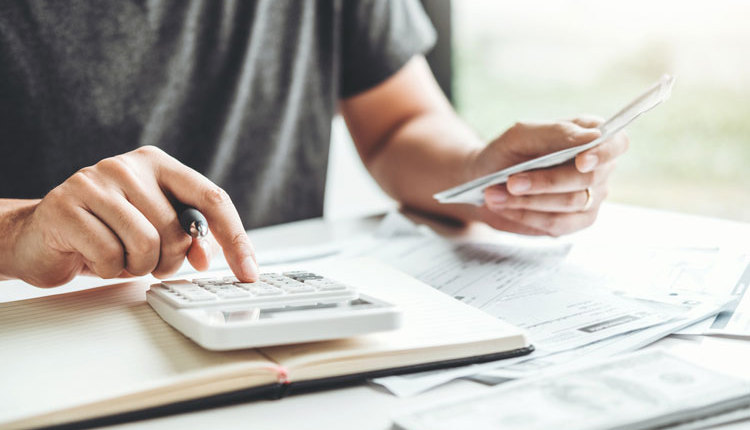 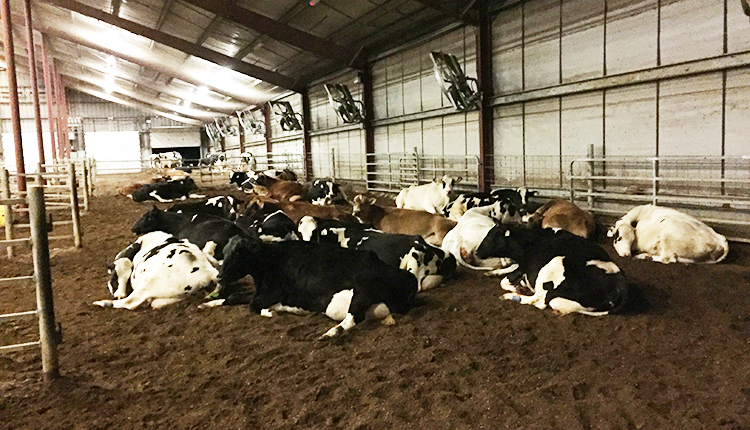