Capture more protein in your milk 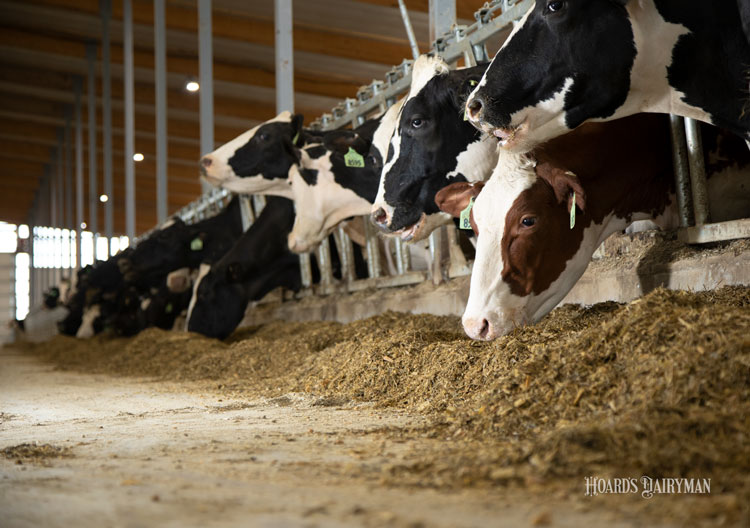 Milkfat often gets the attention when talking about milk components, but a recent surge in the price of milk protein has given producers cause to look more closely at optimizing milk protein production. Three tips for an efficient ration can be key to making the most of this opportunity, shared Cornell University professor Mike Van Amburgh.

Know your cow
Like body protein, milk protein is created from amino acids. When balancing a ration for grams of amino acids, Van Amburgh first looks at one specific question: What cow are you feeding?

“When I ask that, what I really want to know is what stage of lactation is the cow, how many days in milk, is it gaining or losing body weight?” he asked. “And here’s the most important one to me, what does it weigh?”

Weighing cows, versus eyeballing them, is not something many farms think about because it’s not been a widely used practice like collecting milk weights, Van Amburgh said in a Feedstuffs in Focus podcast. This oversight can create problems down the road.

“If you’re trying to feed a 1,400- to 1,500-pound cow, when in fact it’s a 1,600- or 1,700-pound cow, your ability to detect that limiting amino acid is not going to be very good because you haven’t really accounted for all of the cow’s requirements,” he continued. The number he looks for methionine in the diet is 1.14 to 1.18 g/Mcal of metabolizable energy. Multiplying that number by 2.7 will give a lysine value, Van Amburgh added.

Fill the rumen
Next, forages need to be evaluated — and perhaps not on the basis you might think. Van Amburgh pointed to neutral detergent fiber (NDF) as a heavy influence on the supply of amino acids in the body, as opposed to high sugar and starch levels, which may be more expensive.

“The larger the pool of fermentable NDF, the greater the NDF digestibility, and the greater the intake. So it’s not necessarily the level of starch or sugar per se, it’s how much of that can the cow consume in a well-balanced diet,” he said. “Getting high-quality, digestible carbohydrates in the rumen is really the objective.

“We need to be pushing toward that 30% NDF level in some of these diets to keep the rumen full of forage,” Van Amburgh identified. In reaching those higher levels, microbial yield to make amino acids can be optimized.

Pinpoint protein
With forages evaluated, there may be room nutritionally and financially for more effective protein in the ration. “Be careful not to run the rumen short of ammonia, but now you have room to bring in a really high amino acid type feed and more carbohydrates to take up some of the space for some more energy,” he said.