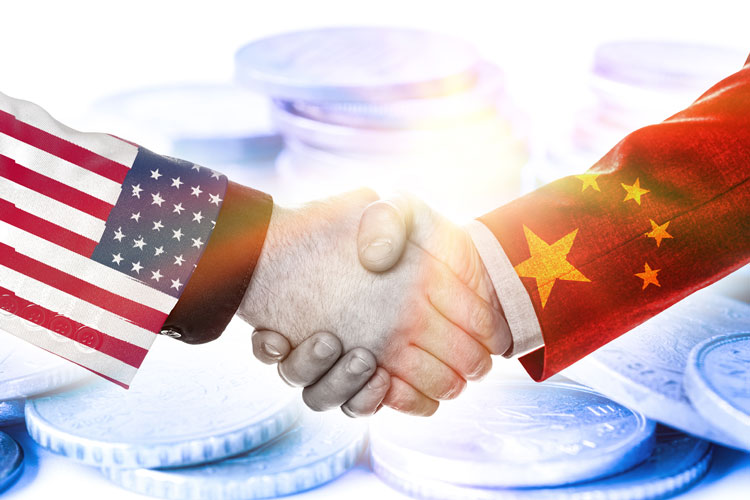 Many aspects of 2020 were complicated, and trade with China was certainly one of them. While trade wars and tariffs made headlines, one fact remained constant: China is a valuable trading partner for the United States.

In a “Dairy News and Views Podcast,” Iowa State University’s Wendong Zhang, an agricultural economist, talked about the current trade situation between the two countries.

Before the trade war, Zhang said China was competing with Canada for the U.S.’s top export spot every year. “On average, $20 to $25 billion of products go to China every year. This is especially important for Midwestern states like Iowa, since soybeans account for almost half of exports to China.”

More specifically, Zhang said that one in every four rows of soybeans grown in Iowa would go to China — at least, that was the case before trade wars.

Zhang noted that Phase One of the trade deal between the U.S. and China was signed in January, before the pandemic. In that agreement, China promised to buy about $35 billion worth of agricultural products in 2020. While purchases in the first half of the year were slow, there has been substantial improvement in the second half of 2020, particularly in commodities such as corn, pork, and beef. Zhang said China is on track to meet a bulk of their commitment, spending approximately $31 billion on U.S agriculture products in 2020.

China’s limited land base
While there are great financial implications at stake for the U.S., China truly depends on this trading partnership to feed its growing population, too.

“That means China can’t be self-sufficient in all commodities,” Zhang said. The nation has made strategic decisions to allocate scarce land resources to critical food crops, including wheat, rice, vegetables, and corn. What they are giving up is the production of feed grains and land intensive animals, like cattle.

“The U.S. has a lot of potential what it comes to land intensive agricultural commodities,” Zhang said.

What about dairy?
While feed grains and protein (beef and pork) are winners in our trade with China, Zhang said dairy is not as strong as some of the other products.

“I think the dairy market is an interesting one,” he said. “We need to think outside the box.”

That’s because dairy consumption in China is nowhere near what it is in the U.S. Zhang said that his parents’ generation, 50- to 60-year-olds, may only consume one serving of dairy on a weekly basis. The good news is that younger generations, current teenagers in China, are having one or more glasses of milk per day. Zhang said the preferences of the Chinese people are changing fundamentally, and that could mean good things down the road for dairy.