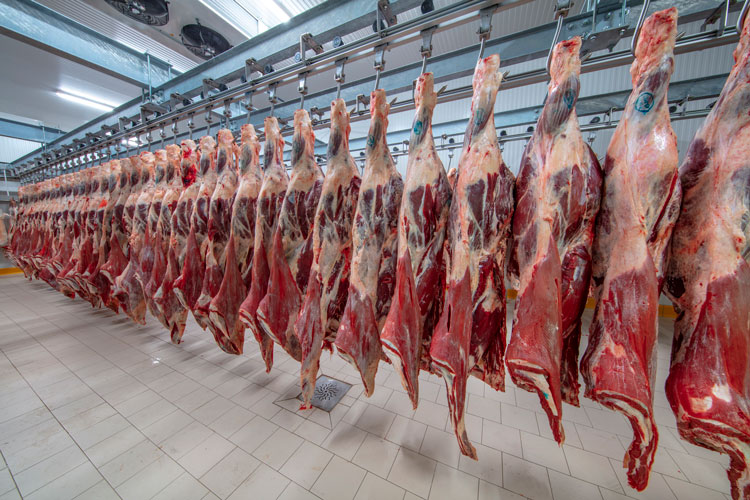 A tanker load of milk that comes up positive for antibiotic residue is a nightmare that every dairy farm takes steps to prevent. What tends to be less often discussed are residues in a secondary product from dairy animals: meat.

This is an area that the dairy industry has also made strides in, said Jamie Jonker, National Milk Producers Federation vice president of sustainability and scientific affairs. He shared that tissue residue violations in dairy cull cows have fallen 40% just since 2014.

“We had a little over 700 animals that had a drug residue in 2014, and we’re down to about 400 in 2019. That is about 400 animals out of over 3 million dairy cows that go to slaughter each year,” said Jonker, who works with the Farmers Assuring Responsible Management (FARM) program, in a Quick Convos episode.

The residue testing protocol for meat does differ from milk, he pointed out. While every truckload of milk must be tested for antibiotics, USDA inspectors do a risk-based process for selecting which animals are residue tested for meat. Jonker explained that this is based on what the animal looks like when it first goes into the slaughterhouse and what the carcass looks like after slaughter.

In a similar trend to cull cows, tissue residue violations in bob veal calves have plunged 70% since 2014. Much of that decline is due to the suspension of over-the-counter access to medicated milk replacer, he said.

Work to be done
While dairy beef tissue residues are trending in the right direction, Jonker noted that there are still improvements to be made. “It’s a very low number out of the total, but I think an important thing to remind folks of is while it’s a very low number, dairy cows themselves represent nearly 50% of total residue violations that USDA finds at slaughter,” he said. That’s across all species of meat animals.

“When you add the cull cow and bob veal calf violations, they’re nearly 75% of all residue violations,” he cautioned. “The dairy industry does represent an outsized proportion of the residues that are found in animals at slaughter by USDA.”

Just as with milk residues, where, in 2019, only about one in every 10,000 truckloads tested positive, the key to reducing residues in meat is diligent record keeping of treatments and withdrawal times.

“There’s a variety of ways to keep records,” Jonker said. “Whether that’s a written record by an individual animal sheet or a written record that is by day, or computer records through DairyComp, PCDART, or other systems, what we find is that keeping accurate records helps to minimize the potential for having a residue in meat or milk.”

What about vaccines?
It’s not just antibiotics that can leave residues in meat or milk, Jonker added. Withdrawal times for other drugs used in dairy cattle may also need to be monitored.

“Vaccines, for example, actually have a minimum of a 19- or 20-day meat withdrawal time,” he identified. “There are also some pour-ons that are used in growing animals for control of grubs that, if you accidentally used them in your lactating animals, can lead to milk contamination for extended periods of time — 10 days, 20 days, 30 days, or longer.”

To use these products wisely, “Make sure you’re using the appropriate drug on the appropriate class of animal, and then always follow the required withdrawal times,” Jonker advised.

Ultimately, drug usage is just one part of the herd health plan and far from the farmer’s only tool in the toolbox. Working with your veterinarian to develop a treatment and recording system that fits your farm can ensure an appropriate use of antibiotics and avoid unwanted residues, Jonker emphasized.

“Farmers do many things day in and day out to keep their animals healthy,” he said. “At the end of the day, antibiotic stewardship is choosing to use an antibiotic at the right time for the right disease.”